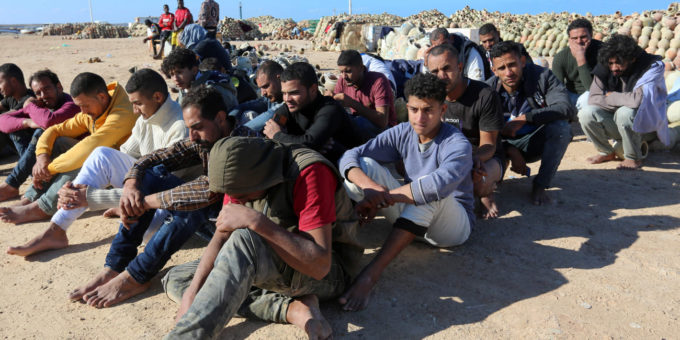 BEN GUERDANE, Tunisia: Tunisia’s navy rescued 78 migrants and retrieved the body of another after their boat sank off the country’s coast during a bid to reach Europe, the Defense Ministry said.

The migrants, mostly Bangladeshis and Egyptians aged from 12-45, had set off the previous night from Abu Kammash just across the border in neighboring Libya near Zawara, it said. A decade of lawlessness in Libya has turned it into a major launchpad for migrants attempting to reach Europe by sea.

The latest rescue follows a string of similar Tunisian operations to thwart sea crossings or to save migrants in unseaworthy boats.

They had “intended to slip across the maritime border in the direction of Europe,” but their boat ran into trouble 20 km off the coast south of Tunisia’s second city of Sfax, the ministry said.

It said the migrants had been taken to the port of El-Ketef and handed to the national guard.

A decade of lawlessness in Libya has turned it into a major launchpad for migrants attempting to reach Europe by sea.

The body of the dead migrant, an Egyptian, was handed to municipal authorities, it said.

The Tunisian Red Crescent told AFP another migrant was missing.

Tunisia is also a key departure point, just 140 km from the Italian island of Lampedusa.

According to the FTDES rights group, the Tunisian coast guard intercepted about 19,500 people attempting to cross the Mediterranean in the first nine months of this year.

It said the trend had accelerated since the establishment in June of a direct line of communication between Rome and Tunis to coordinate efforts against illegal immigration and share information.