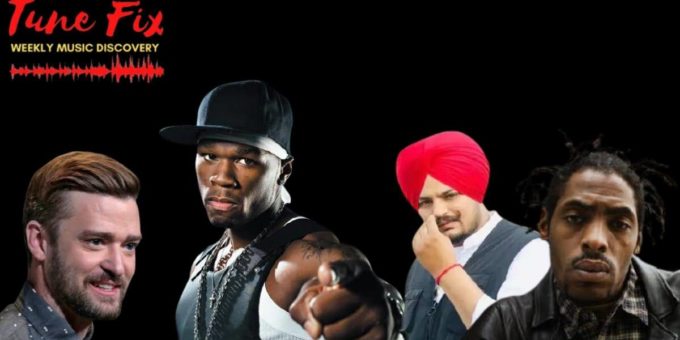 There is so much music out there, that it is almost impossible for anyone to keep track of everything, and decide what to listen to. So whether you intend to listen to recently released chart-topping hits, or consume a piece of music which did not hit your radar, Varun Krishan’s weekly column has you covered.

Astronaut In The Ocean by Masked Wolf

“Astronaut In The Ocean” features an otherworldly intro that brilliantly manages to set up the tone for what’s to come. The song was first released in June 2019 and then re-released through Elektra Records on January 6, 2021. The intro builds tension and excitement at the same time. The first time I listened to the intro, I got the feeling that the song was gonna be a banger through and through. Thankfully the song didn’t disappoint. The beat has elements of a rock-rap song, and the artiste hits a home run with his delivery. The hook is goosebumps-inducing and is surely one of the best parts of the song. The second verse starts with a chopper-like verse which is delivered to perfection. The artiste sings: “Put this shit in a frame/better know I don’t blame/Everything that I say, man, I seen you deflate/Let me elevate, this ain’t a prank/Have you walkin’ on a plank.” The song is a must-listen this week.

“Signed To God” has garnered 14 million views on YouTube in just two days of its release. As far as the beat is concerned, it is pretty generic. Even though I couldn’t understand Sidhu Moose Wala’s verse in all its entirety, I can assure you the flow is killer.

“Bakri” is a song that fuses a lot of things to create an experience like no other. The song is filled with references, punchlines and wordplay. It is clear from the first time you play the song that the artiste has spent a lot of time and effort crafting the lyrics. Muhfaad compares his rivals to a female goat or Bakri in the hook. The song talks about a lot of stuff that the artiste has gone through in his life and touches upon his rivalry with other rap artistes in the Indian hip hop scene. The artiste seems to be taking a shot at Raftaar using subliminals. Muhfaad’s flow is top notch and stands out in one part. I loved the part where the artiste sings: “Bachpan nikal gaya kood te faan te/School ke time se saare ulte kaam the/Khul ke maante kiye jitne kaand the/Kuch lage sahi kuch galat ilzaam the/Socha nahi maine kabhi what if/Kiya sabkuch khud nahi god gift/Motivate kiya kisi ko jo pehli baar uss din se rap mera bann gaya motive.”

I recently rediscovered “Ayo Technology”, and have been jamming to it ever since. The song is sensual, smooth and has one of the most catchy beats in the genre. Justin Timberlake and Timbaland work in unison to bless the song with an otherworldly hook and after chorus. It’s simply breathtaking. 50 Cent also makes use of his signature gangsta delivery. The song is the personification of what a mainstream song should strive to be. It caters to both the larger audience and also the more hardcore listeners who can appreciate the beat and 50 Cent’s verse.

“Gangsta’s Paradise” is considered to be one of the greatest rap songs. The beat is thought-provoking and will touch areas of your mind that you never knew existed. The vocals are thoughtful, smart and relatable. The hook is pure melody, and the delivery is so smooth with much emphasis on each word. The song is relevant even 26 years after its release.