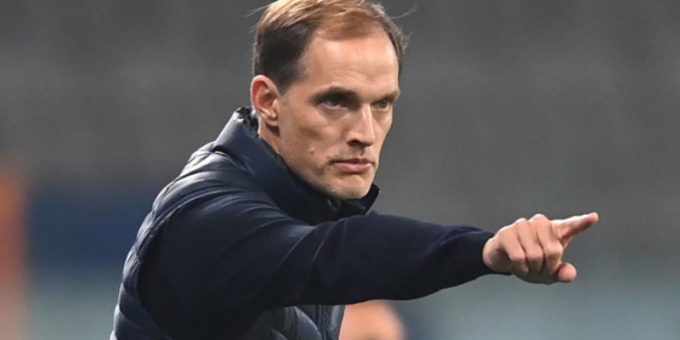 Thomas Tuchel urged his young Chelsea team to embrace
their Champions League “adventure” after they reached the semi-finals
for the first time since 2014 despite a 1-0 defeat against Porto in Tuesday’s
quarter-final second leg.

Tuchel’s side will play Real Madrid or Liverpool for a place
in the final after producing a masterclass in game management to win 2-1 on
aggregate in Seville.

Real travel to Anfield on Wednesday looking to protect a 3-1
lead from the first-leg.

They could do worse than copy Tuchel’s tactics as Chelsea smothered Porto with an intelligent defensive approach until Mehdi Taremi’s stunning bicycle kick in the last minute of stoppage time.

That sublime strike was out of character with the rest of
Porto’s display as they laboured to overturn the 2-0 first-leg deficit.

Chelsea have lost only once in 18 matches since Tuchel
replaced the sacked Frank Lampard in January and this was another feather in
the German’s cap.

Making it to the last four is an even more admirable feat
given the lack of Champions League experience among the majority of Tuchel’s
squad.

Tuchel knows the likes of Mason Mount, Reece James, Kai Havertz, Ben Chilwell and Christian Pulisic are all learning on the job, but he hopes their fearlessness will be invaluable.

“We arrive with a very young team. They can fight and
run and hang in there. We have to take it like an adventure for them. It is a big
step.

“You see when Chelsea were last in the semi-finals. We
are not used to being there. It’s a big achievement.”

Tuchel had admitted this week was a make or break period for
Chelsea.

They passed the first test and can now focus on Saturday’s
FA Cup semi-final against Premier League leaders Manchester City at Wembley
before returning to the Champions League trail.

“Once you are there you play to reach the final. We need every minute to learn and to grow. You cannot improve without these experiences,” Tuchel said.

“We cannot rely on the biggest experience but we can
rely on a hard working young group. Hopefully we can stay adventurous to accept
the challenge. It will be a big one coming.”

SRH vs RCB: Shahbaz Ahmed Takes 3 In An Over In RCB Comeback Win vs SRH