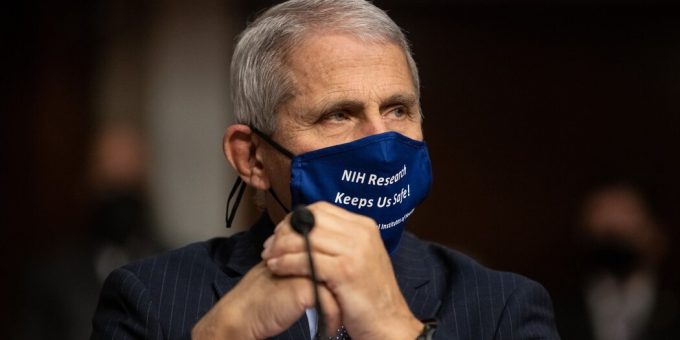 “I have said many times, and I’ll say it again,” he said, “that is not a good position to be in as you enter the cooler months of the fall and the colder months of the winter.”

Since Dr. Fauci emerged as a villain of the political right, he has been assigned a federal security detail. He and his wife, Christine Grady, a bioethicist at the National Institutes of Health, have been threatened by email, phone and text message. They have even been heckled on the street on their nightly walks, though Dr. Fauci is also sometimes stopped by admirers who thank him and ask to take selfies. Their daughters have also been harassed.

Dr. Fauci’s presence at the White House, where he has been a fixture in his decades-long career advising presidents on disease outbreaks, and on television, where he has often appeared to comment on the pandemic, has been severely restricted. Over the summer, Mr. Trump’s press office tried to undermine him with an anonymously attributed list of what it said were his misjudgments in the early days of the coronavirus, which they sent to news media organizations.

In a half-hour tête-à-tête with Mark Meadows, the White House chief of staff, in July, Dr. Fauci confronted him about the move, and about attempts to ignore or block his broadcast media appearances.

During a task force meeting in late September, Dr. Fauci and Dr. Birx confronted Dr. Atlas over a claim he made to the group to support his call for reopening schools and businesses: that parts of the country — including New York — were nearing 40 to 50 percent immunity, which he said would be enough to slow the spread of the virus.

Scientists and public health experts say that would not be enough to achieve widespread immunity. The two demanded he show evidence for the argument, according to two senior administration officials who witnessed the exchange, which was reported earlier by The Washington Post.

After Dr. Atlas arrived at the White House over the summer and gained virtually unfettered access to Mr. Trump, Dr. Birx stopped briefing the president on the pandemic.