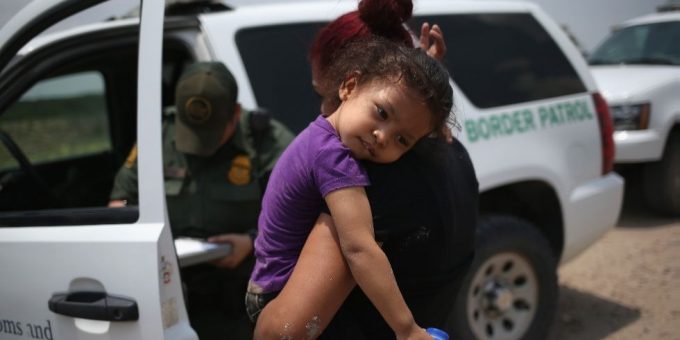 Immigrant children in U.S. custody will reportedly be sent to an Army base once used as a Japanese American internment camp during World War II.

The Trump administration has picked Fort Sill, in Oklahoma, to house the growing number of immigrant children as it runs out of room at government shelters, according to Time.

Time reported that the Department of Health and Human Services (HHS) has decided that about 1,400 children will be detained at the former internment camp “as a temporary emergency influx shelter.”

HHS, which operates the Office of Refugee Resettlement, was not immediately available for comment Wednesday morning.

The Trump administration had been considering three bases to hold undocumented immigrant children, including Fort Benning, in Georgia, and Malmstrom Air Force Base, in Montana.

Undocumented migrant children who are unaccompanied must be sent to a government shelter under current U.S. law. HHS operates more than 150 facilities to house them, but has looked to new shelter space with a growing number of undocumented minors.

Ready to offend some people in order to increase average tax rate: Hafeez