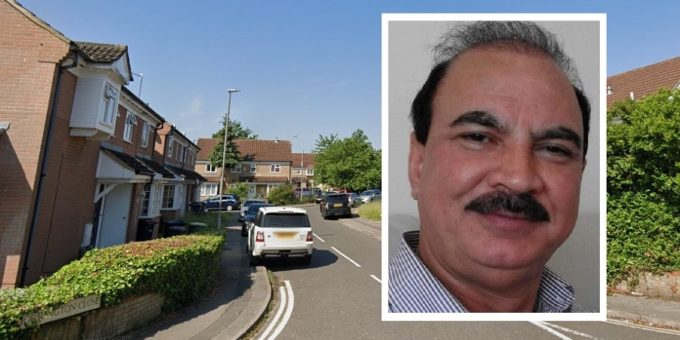 TRIBUTES have been paid to a businessman who has died after being stabbed.

Property company boss Raja Ghulam Rasool has been described as a “well-loved man” who “always had a smile on his face”.

The father-of-two was hospitalised following an incident in Luton on Monday, November 15, during which he received several stab wounds.

His death was announced by the Sughra Mosque Faizaan-e-Madina in Farnworth yesterday.

Cllr Mudasir Dean, who had known Mr Rasool for a number of years, said: “This is a complete shock for the local community.

“He was a well-loved man who always had a smile on his face and was happy to meet people. My thoughts are with his wife and family at this time.”

Mr Rasool was also known as a committed campaigner for freedom of expression in Kashmir.

Another friend, in Mirpur, Waseem Younas, said online it was a “very heartbreaking incident”.

He added that he was an “impressive, intelligent, courageous, hardworking polite… man of principle”.

Mr Rasool is understood to have had his own estate agency in Farnworth at one time and contested local elections in Bolton for the Labour Party.

Prayers had been said by family and friends for Mr Rasool after he was left critically injured as a result of the stabbing, which occurred at a house in Dorrington Close, Luton, shortly before 4.20pm on November 15.

Detectives had previously confirmed the incident involved a “Bolton man in his 60s” and had appealed for witnesses to come forward.

n A boy aged 16 was arrested shortly after the suspected stabbing.

He was later charged with attempted murder and has already appeared before magistrates in Bedfordshire.

The youth was remanded in custody to await a future crown court hearing.

Bedfordshire Police did not respond to requests for an update on the investigation into the death yesterday afternoon.

From Chicken To Pumpkin and Eggplants, Here Are 7 Roast Recipes For Your Christmas Feast
2021-12-25