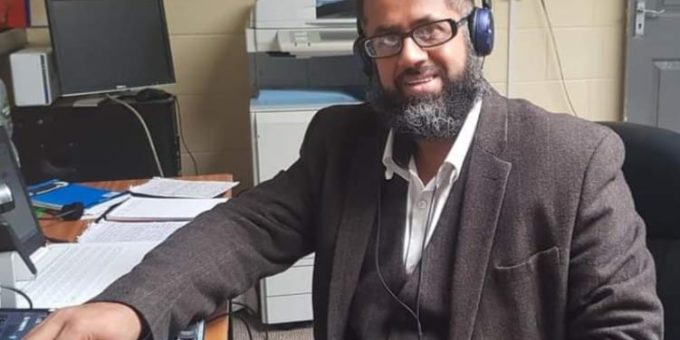 TRIBUTES have been paid to a ‘kind-hearted’ father-of-four who has suddenly died at the age of just 42.

Salahuddeen Saleh known to many of his friends as Sal, was feeling unwell during a day out with his children in Blackburn.

He called the ambulance himself and told his children ‘not to worry’. He was taken to hospital but sadly died later.

A large crowd turned out for funeral prayers at Pleasington Cemetery last Thursday where he was also buried. His brother Shokat Ali Saleh said Sal would be remembered for his willingness to assist others.

He said: “It has been a huge loss and a shock to us all. We are very tight-knit family and it has been a tough period for everyone.

“Sal always went out of his way to help others and that is how we wish for him to be remembered.”

Sal was the second eldest of four siblings who also included brother Jahangir and eldest sister Shamim. He was a father to two girls aged 18 and 15 and two young boys aged six and eight and married to Taslima Salahuddeen.

The former Beardwood High School pupil, of Foxhouse Street, Blackburn, had been working with a charity which aims to help orphans across the world.

Shokat said: “He was passionate about his charity work. “At the funeral we had several imams from different mosques who wished to say the prayers. It shows how much he was loved by the local community.

“We were overwhelmed by the support and for the kind comments during which has been a very difficult time.

“In many ways their actions have helped to lift the burden.”

“As well as all our family members I would like to mention Yunus Ali and Yunus Chand from the Spiritual charity and Mallauna Siddiq Misbahi of Ghausia mosque for his support.

He said: “When I heard of the news Sal had passed away, it hit me quite hard, as he was a similar age group to me.

“He was such a bubbly and charismatic individual. I’ve known him majority of my life.

“He had just voluntary joined our UCTV Blackburn platform with his one English Learning podcast for students around the world. He completed five shows and was hoping to continue.

“Sal you were a gem, a kind-hearted individual who would always go out of your way for anyone, especially your children.”

A bike stolen in Manitoba resurfaced in B.C. It’s more common than you think