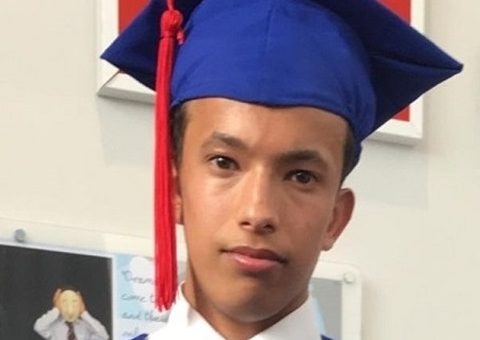 Tributes have been paid to a teenager who was fatally stabbed in Birmingham.

Despite the best efforts of paramedics Yahya, from Nechells, was tragically confirmed dead at the scene. A post mortem revealed he died from a stab wound to the chest.

A statement released on behalf of his family said: “We cannot believe that Yahya has disappeared from our eyes.

“We still don’t know the reason he was killed. A young, energetic 18-year-old his dream was to be a digital marketing specialist.

“The whole community are shocked. May God be with the family he left behind, especially his parents.”

Police have been gathering CCTV and other evidence as wthey seek to piece together what happened; and identify and trace Yahya’s killer.

Detective Inspector Hannah Whitehouse, from our homicide unit, said: “Yahya was just 18 and with his life ahead of him. This has now been taken away in the most tragic of circumstances.

“There is no clear motive for the attack and we’re working round the clock to identify and trace who was responsible.

“We’ve spoken to a number of witnesses but we still need to hear from anyone with information who can help us.

“I’d appeal for those who were there at the time to do the right thing, come and speak to us and tell us exactly what happened and why. It’s the least Yahya’s family deserve.”

Father and sons stuck in Gaza for two years reunited with family in London, Ont.

Chaitra Navaratri 2022: Sweet And Savoury Sitaphal (Pumpkin) Recipes That You Can Try This Navaratri
2022-03-31