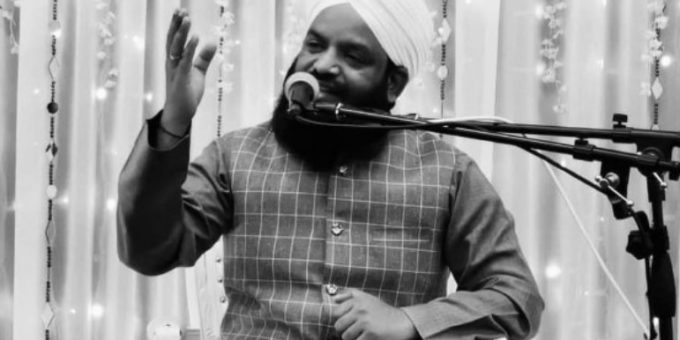 Tributes have been paid to a leading religious leader who was one of three people who died in a horror car crash.

Qari Mohammed Riyazuddin Ashrafi Rehmatullah Alaih was returning to Manchester after attending an event at Masjid e Quba in London and passed away in a car accident. Traveling with him was Mohammed Aadil who also sadly died.

Two other people who were also in the car were said to be critically ill following the crash in the early hours of Sunday 16 January on the A1 Northbound near Wothorpe.

A third man also died at the scene.

In a statement the Dawate Islami UK said Qari Riyazuddin Ashrafi had ‘travelled from India to spread the word of Allah and His Beloved Prophet Mohammed (PBUH)’.

The Dawate Islami UK said: “The Qari Riyazuddin leaves behind his elderly widowed mother, wife and two young children aged 6yrs old and an 18-month baby along with 8 siblings residing in a village near Bikaner in the Indian state of Rajasthan.

“Qari Sahab recently built a house for his mother in the village, the payment of which is partly outstanding. He also recently bought a house in Mumbai for his wife and children for which his family and friends need to be repaid. He wasn’t wealthy, nor was he comfortable, he was just making do with the bare minimum Allah had provided him and his family with.”

A special appeal has been set up to raise funds in memory of Qari Sahib. More than £74,000 has already been donated towards a target of £100,000.

The statement adds: “Not only do we mourn the death of Qari Riyazuddin and the absence the community will feel without him, we mourn the loss for his family that was dependent on him.

“We plea with you all to come together to support this blessed cause so that Qari Sahab’s debts can be paid off and the future of his family be secured. Every penny raised will go towards Qari sahab’s family.”

The funeral for Qari sahab and Mohammed Aadil is due to take place on Wednesday 19 January (1pm) at North Manchester Jamia Masjid.

Donations are still being accepted via this link