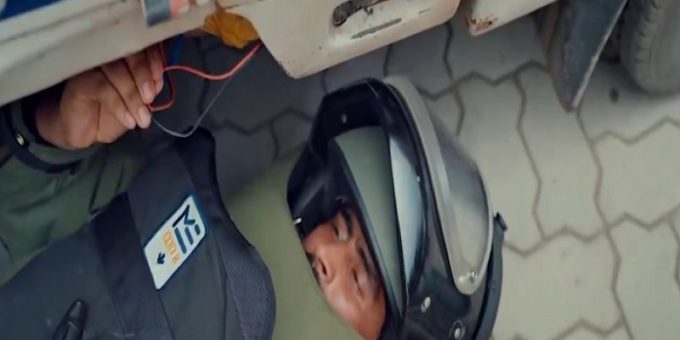 Inter Services Public Relations (ISPR) released the eighth video of its series to pay tribute to the martyrs’ families ahead of the Defence and Martyrs Day, showing a bomb disposal squad (BDS) official leaving her mother on a hospital bed to save school children.

The video released by the ISPR shows a BDS official waiting outside a hospital room where his mother had to undergo a heart bypass surgery when he receives a call to be informed regarding a bomb being planted at a school.

The video shows the mother of the official asking him to leave her side and save the children of many other mothers as it would be a catastrophe for them if the bomb explodes.

The BDS official is seen defusing the bomb at the same time when his mother is being operated at the hospital for bypass surgery as later both acts culminate in success.

The ISPR has been releasing videos to pay tribute to the families of the martyrs ahead of the Defence and Martyrs Day observed on September 06.

It was on September 06 in 1965 that the Indian forces crossed the international border in the darkness of night to attack Pakistan but the nation foiled nefarious designs of the enemy.