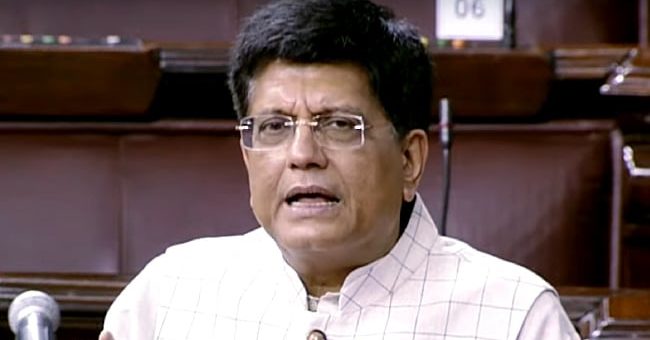 Piyush Goyal has said that India, Australia trade pact will help economies of both nations

Commerce and Industry Minister Piyush Goyal on Thursday said the trade pact between India and Australia would help expand the economies of both countries, thus providing huge opportunities for students.

Mr Goyal is currently on an official tour of Australia, which has come just days after both the countries had signed a free trade agreement.

He said education is an important element both in the current and future engagements with Australia.

“So as trade and economy expand, the opportunities for students also naturally expand and that’s what we have aimed for,” Mr Goyal said while interacting with students at the University of New South Wales.

He called for taking India-Australia partnership in education to greater heights and invited the university to expand its footprints in India.

“As we expand our services offerings to each other. As we expand trade in goods, in startups, obviously there is going to be a need for all of you (Indian students in Australia) in a bigger way,” Goyal added.

Australia has over one lakh students from India.

Speaking at the event, Australian Trade Minister Dan Tehan said whether Indian students studying in Australia should also get opportunities to work here, is a “very popular” issue and they are working to address it.

“So as part of the agreement, what we have reached is that” if a student is from STEM (science, technology, engineering and mathematics) or working in IT as part of their degree and if “you get a first class honours, then you will get extra post study work (visa). So you will be able to stay here, work and work for longer”.

“We have to make sure that our education leads to employment outcome… We hope that in the coming 6 months, you will have much more opportunity than what you have at the moment,” he added.

Summer Skincare Tips: 5 Summer Fruits You Must Eat For Soft And Glowing Skin
2019-05-06