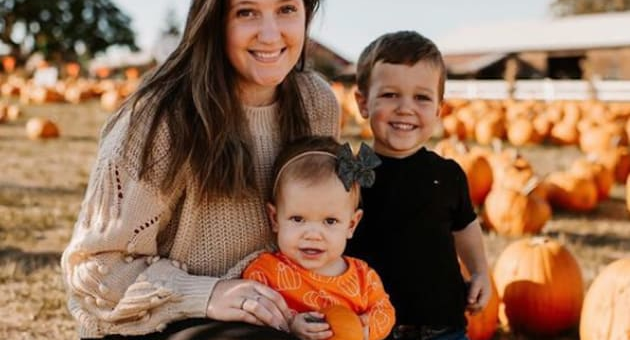 Tori Roloff is pregnant with her third child.


This much we know for certain.


And this much simply makes us smile a mile and a half wife.


Will it be a little person?


This is a sensitive and personal topic, of course.


But it’s also a natural one for fans to wonder about, considering the Roloffs put their lives on full display as the main element of their profession.


We mean… they star on a show called Little People, Big World and they talked openly in the past about son Jackson and daughter Lilah having been bored with Achondroplasia — just like their dad and their paternal grandparents.


“Do you want to know if this baby is a dwarf or let it be?” a fan asked Tori on Instagram late last week, to which the excited mother-of-three-to-be replied:


“I wish this could be a surprise too but when [doctors] tell me I need a [C-section] it makes it sort of obvious,” Roloff said, after she also told followers that she wants the gender to be a surprise.


Wait a second, though.


Was Tori saying here that she already knows the boy or girl will be a dwarf?


No. She quickly jumped back online to clarify.


“We won’t know if he or she is a dwarf until further into pregnancy. And with dwarves it’s encouraged to have a [C-section] because of bigger head size,” Tori elaborated.


Tori and Zach made the huge announcement that they were expecting their third kid on Wednesday, November 17.


We are so excited!” Tori shared, writing this as a caption to a photo of the current family of four — with son Jackson, 4, holding a sign reading that his new little brother or sister will be arriving in Spring 2022.


“Baby Roloff will be joining us this spring and we are so grateful to God for this sweet gift!”


Tori, of course, suffered a miscarriage in March and later admitted that she and Zach were having trouble conceiving.


What an excited and blessed time to be a Roloff, huh?!?

India vs New Zealand: “Credit Needs To Be Given To India,” Says Mitchell Santner