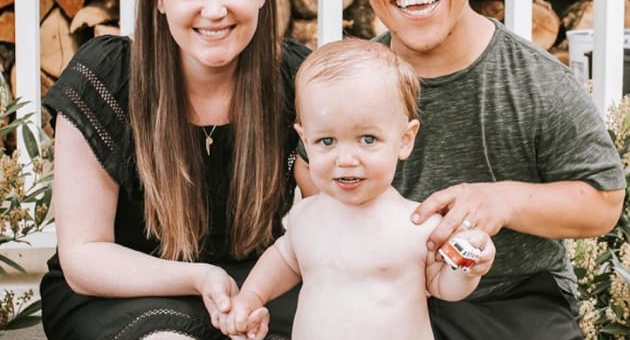 
She has at least one reason to not be totally psyched over her second pregnancy.


The Little People, Big World star excitedly announced to her followers in mid-May that she and husband Zach will soon welcome a sibling for son Jackson.


“We are so excited to announce that Jackson is going to be a big brother!” the couple shared at the time, revealing the gender of the impending baby as follows: “We can not wait to meet our sweet baby girl!”


Ever since confirming this amazing news, Tori has been answering a bunch of questions from interested fans.


For example: Like her father and her brother, will this child be a little person?


What about how this pregnancy compares to her first?


Tori and Jackson became parents for the first time in May of 2017 and Tori said back then that things went relatively smoothly.


There were uncomfortable moments for sure, but she really couldn’t complain very much, not compared to what some other women go through.


This time around, however?


Tori admits it’s “a lot harder” than that first time because she has “all the symptoms,” but she still sounds far happier and excited than miserable about the experience, as you can see:


Like we mentioned above, though, Tori does have one concern.


“Pregnancy in the summer. This is going to be interesting,” the 27-year-old wrote on her Instagram late this week. “It’s hot.”


This is a very fair point, especially for someone who lives in Oregon.


If it’s 80 degrees in May, as Roloff explains in the photo below, how scorching will it be in August? When Tori has a serious baby bump going on?!?


This is just one more reason why women are a million times tougher than men, let’s be honest.


Tori is in her second trimester and is due in November.


We really are so very excited for her and Zach, who have remained on Little People, Big World even after their loved ones, Audrey and Jeremy, dropped out of the series last summer.


Tori has said she and her husband have no plans to exit the show any time soon, while Zach has said he wants a “pack” of “four or five” kids.


That sounds ambitious, or at least a little premature.


Let’s just take it one at a time, okay?

Varun Dhawan and Sara Ali Khan’s Coolie No 1 to be Shot in Baku, Azerbaijan

Harry Potter Films, Find Out Which One Is Daniel Radcliffe’s Favourite
2019-12-28