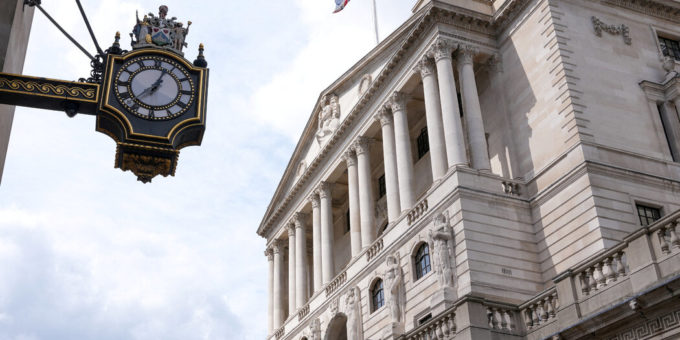 The Bank of England said on Wednesday that it would temporarily buy British government bonds, a major intervention in financial markets after the new government’s fiscal plans sent borrowing costs soaring higher over the past few days.

The news brought some relief to the bond market, but the British pound resumed its tumble, falling 1.7 percent against the dollar, to $1.05, back toward the record low reached on Monday.

The British government’s plans to bolster economic growth by cutting taxes, especially for high earners, while spending heavily to protect households from rising energy costs has been resoundingly rejected by markets and economists, in part because of the large amount of borrowing it will require at a time of rising interest rates and high inflation. The International Monetary Fund unexpectedly made a statement about the British economy on Tuesday, urging the government to “re-evaluate” its plans.

The sell-off in British assets since Friday, when the government’s plan was announced, has particularly affected bonds with long maturities, the Bank of England said. “Were dysfunction in this market to continue or worsen, there would be a material risk to U.K. financial stability,” it said in a statement. This would lead to a reduction of the flow of credit to businesses and households, it added.

“The purpose of these purchases will be to restore orderly market conditions,” the central bank added in its statement, which had an immediate effect on markets. “The purchases will be carried out on whatever scale is necessary to effect this outcome.”

Bond auctions would take place from Wednesday until Oct. 14.

The yield on 10-year British government bonds on Wednesday climbed as high as 4.58 percent — the highest since early 2008 — before the central bank’s statement. Thirty-year yields had exceeded 5 percent for the first time since 2002.

After the announcement bond yields dropped sharply, with the 30-year yield falling by more than half a percentage point to about 4.35 percent.

The central bank’s statement has echoes of a famous promise by Mario Draghi in 2012, when as head of the European Central Bank he vowed to do “whatever it takes” to save the euro, which had come under severe pressure in the markets.

Wednesday’s intervention in Britain came after a central bank committee had warned of the risks to Britain’s financial stability from dysfunction in the government bond market.

The British government’s sweeping fiscal plan, presented without an independent fiscal and economic assessment, has sent investors fleeing from British assets. The pound fell to a record low against the U.S. dollar on Monday, and traders suspected that the central bank would be forced to raise rates quickly, which pushed up short- and long-term borrowing costs.

The speed of the rise in bond yields had disrupted Britain’s mortgage market, with some lenders pulling offers on new mortgages because they had become too difficult to price.

“A decision by the government to scrap some of the tax cuts, or to cut spending sharply, would help to alleviate the stress in” currency and bond markets, Samuel Tombs, an economist at Pantheon Macroeconomics, wrote in a research note. “But its actions to date have eroded confidence among global investors, which cannot be easily restored. Accordingly, a painful recession driven by surging borrowing costs lies ahead.”

The market turmoil and the central bank’s intervention reveal the extent to which the government’s plans are at odds with the bank’s monetary policy goals. The government is trying to quickly generate economic demand, while the bank is trying to cool it to lower inflation.

Just last Thursday, the central bank said it would initiate its plan to sell bonds back to the market as it tried to end the long era of easy money in its fight against inflation. It had insisted there would be a “high bar” for the bank to deviate from the plan, which would over the next year reduce its holdings of bonds by £80 billion through sales and redemptions, to £758 billion. On Wednesday, the bank said it was postponing the start of sales until the end of October.