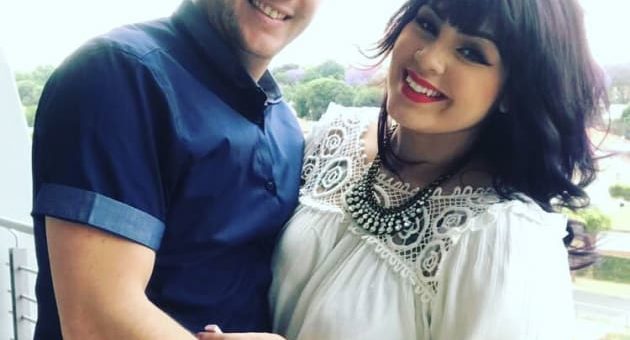 Earlier this week, 90 Day Fiance fans were shocked to learn that Tiffany Franco and Ronald Smith’s marriage is over.


While Ronald’s behavior after the split raised some red flags, we didn’t know exactly why they broke up … until now.


When Tiffany Franco took to Instagram to reveal that she and Ronald were separating, we knew that something was up.


When Ronald took to his Instagram Stories to throw typo-laden shade at Tiffany and accuse her of “adultry,” we knew it was worse than we thought.


Despite that, Tiffany initially declined to tell the world why she and Ronald were over, though he’d had quite a few things to say about her.


But in replies to fans and vicious critics alike, Tiffany is now explaining that Ronald relapsed.


Ronald was well known for having a gambling addiction. It was one of Tiffany’s big worries about marrying him, for obvious reasons.


When her detractors accused her on Instagram of making Ronald relapse because she and Daniel had returned to the US, she clapped back.


Tiffany commented: “he also relapsed when we were right there with him so no my love you are [wrong] there as well.”


It sounds like Tiffany had real concerns about Ronald’s finances and how that could impact their future and their children’s future.


She commented that he had taken an exceedingly long time to “pay her back on a loan.”


Some may find it odd that a wife would loan money to her husband.


However, given that they were on different continents, it makes sense that their finances would not be blended just yet.


On Ronald’s side of things, he accused Tiffany of being “controlling.”


He alleged that she insisted that he make his location viewable to her at all times.


And 90 Day Fiance fans have all seen her demand receipts so that she could go through them.


Now, those sound like tell-tale signs of toxicity and maybe even financial abuse … or they would, if Ronald weren’t a known gambling addict.


Clearly, just as Tiffany has many fans, she also has vocal and vicious detractors.


She clapped back at trolls, at one point sarcastically writing: “But I am the bad guy right?”


Often, in the case of a divorce, there are two bad guys. Other times, one person is just the worst and the other can’t stand it anymore.


But we all know that sometimes, there’s no bad guy — just two people who realized that they shouldn’t be married to each other, despite their love.


It’s hard to parse what is reasonable accountability between spouses and what is being overbearing when one has a gambling addiction.


Some would say that “in sickness and in health” should absolutely apply to Ronald’s compulsive habits.


Others would say that Tiffany’s first obligation is to both of her children, whose grocery money and college funds cannot be put at risk.


We can’t say who’s right for this couple with absolute certainty. We just know that, from what we’ve seen from both of them, maybe divorce is for the best.

“I have fallen in love at first sight” – Disha Patani

Aloo Popcorn Recipe: A Great Snack To Enjoy While Watching Your Favourite Movie
2020-06-26

Coronavirus: Couple live-streams into own wedding amid fears
2020-02-06