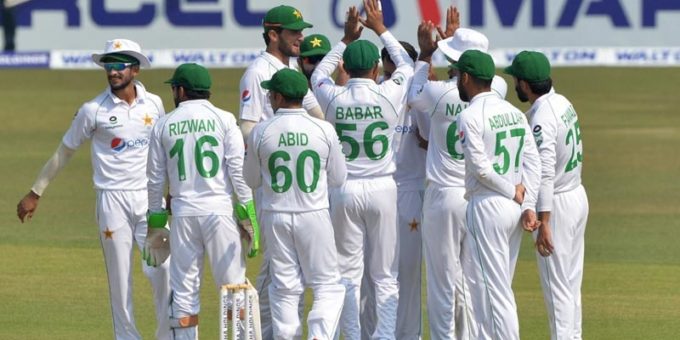 Three
Pakistan players have been named in the ICC Test Team of the Year for 2021.

Alam
accumulated 571 runs in 9 matches at an average of 57.10 with three centuries.
His hundreds rescued Pakistan in tough situations against South Africa,
Zimbabwe and West Indies.

“At the age
of 36, Fawad Alam has finally established himself as a cornerstone of the
Pakistan batting lineup in Test cricket after years of toling on the domestic
circuit,” the ICC said, in a press release, while praising Alam.

Meanwhile,
the right-armer Ali was included in the XI for bagging 41 wickets in 9 matches
at a stunning average of 16.07.

“Hasan Ali
always delivered with the ball for Pakistan in 2021, be it as a strike bowler
or when it came to holding one end up. By far his best year in the longest
format,” the ICC said.

Finally, Afridi
sealed his spot in the lineup after claiming 47 wickets in 9 matches at an
average of 17.06, including three five-wicket hauls.

“It was a
year for remember for Shaheen Afridi, especially in the longest form of the
game. Extracting brilliant movement with the new ball and reversing it with the
old,” the press release said. “Still only 21, Shaheen will likely lead the Pakistan
pace bowling unit for years to come and with already rapid improvements in his
bowling, he will undoubtedly prove to be a fearsome prospect.”

ICC Test
Team of the Year: