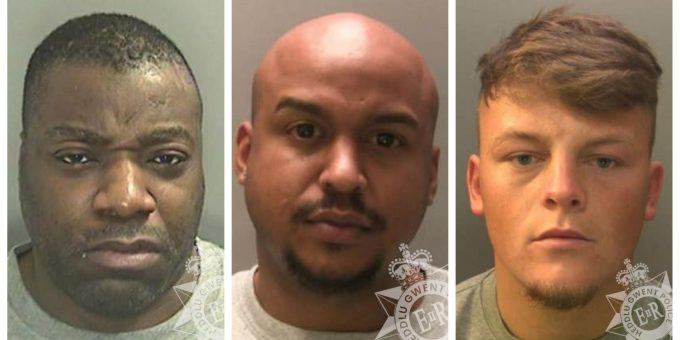 THREE men have been found guilty of killing a drug dealer who died six days after being savagely beaten in his flat during a robbery.

Hitman Euan Peters was convicted of murdering 22-year-old Shafiul Islam in Newport while Perrie Dunwell and Conlan Dunnion were found guilty of manslaughter.

Their victim died at the city’s Royal Gwent Hospital on November 20, 2019 after sustaining a “devastating brain injury” at his home in the Shaftesbury area.

Peters, 42, of Dros-y-Morfa, Rumney, Cardiff, Dunnion, 23, of Maesglas Avenue, Maesglas, Newport, and Dunwell, 33, of Cold Mill Road, Newport, will be sentenced next week.

Newport Crown Court heard how the victim may have owed a large drug debt to fellow dealer Dunwell.

During the three-week trial, the jury was told Mr Islam was found by his neighbours lying blood-stained and motionless in a cupboard at his “ransacked” flat.

The prosecution said he was targeted because he was a drug dealer.

Perrie Dunwell was convicted of manslaughter and conspiracy to rob

Mr Wyeth said Peters had repeatedly struck the victim to the head with the cider bottle he had taken from the Tawa Indian restaurant in the Spytty area of Newport.

The jury were shown CCTV footage of Peters and Dunwell sharing a meal hours before the murder.

The prosecutor said blood belonging to Mr Islam was found in the living room and bedroom of the flat while the remnants of the bottle were also recovered.

A floral tribute outside the flats where Mr Islam lived

“That was a deliberate, gratuitous, violent and hard attack that was made by him with the concurrence of his two co-defendants.”

Dunwell drove Peters to the scene and arranged for Mr Islam’s “friend” Dunnion to open the communal door so that the robbery could be carried out.

Peters had admitted conspiracy to rob Mr Islam while the other two were also found guilty of this charge by the jury.

Timothy Evans, prosecuting, told the court after the verdicts were returned Peters had 19 convictions for 51 offences, including robbery, escape from custody and assault.

Dunwell had previous convictions for administering poison with intent and supplying heroin while Dunnion had the sole offence of possessing cocaine on his record.

All three defendants were remanded in custody.

Mariyam Nafees And Madiha Imam Spotted At A Friend’s Birthday