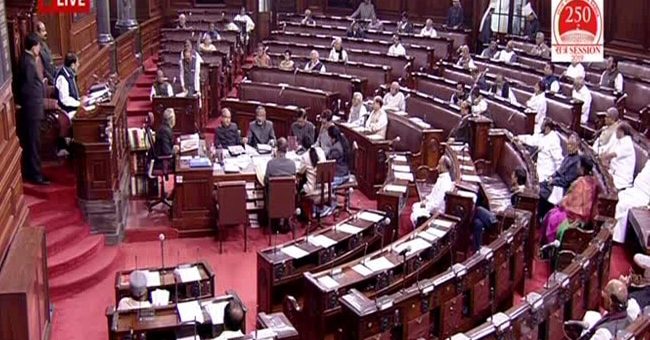 All three candidates of the ruling JD(U)-BJP combine in Bihar, including Rajya Sabha Deputy Chairman Harivansh, filed their nominations on Friday for the March 26 elections to the upper house of parliament, a top state assembly official said.

BJP’s Vivek Thakur, who looks set to make his parliamentary debut, also submitted his nomination papers. He is the son of former Union minister and BJP veteran C P Thakur whose term expires next month.

Filing of nominations come to a close by the evening and scrutiny of papers will be held on March 16, while the last date for withdrawal is March 18.

Only five candidates, including two of the RJD, have so far filed their nomination for the five seats from Bihar that are falling vacant next month, and they could be declared elected unopposed on the last day of withdrawal if no other contestant jumps into the fray at the last minute.

Official nominees of major political parties have often won Rajya Sabha elections in the state without a contest.

Start of IPL postponed due to coronavirus

One more coronavirus case in Sindh, Pakistan’s tally rises to 21

In Iran, a plunging economy trumps fears of US confrontation
2019-05-19