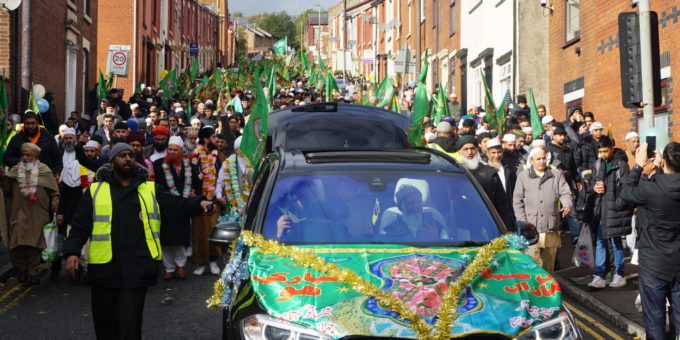 Thousands attended a march to commemorate the birth of the Prophet Muhammad (PBUH) in the first event of its kind since Covid restrictions were lifted.

Crowds gathered at the Masjid-e-Raza in Randal Street, Blackburn before making their way along Victoria Street and up Shear Brow. The procession moved along London Road, Earl Street and Whalley Range.

The march ended at Madina Mosque on Oak Street where food was served to all participants.

Whilst small scale gathering inside mosques have taken place in recent months this large event on Sunday was the first since November 2019.

Mosque volunteers were on hand to assist traffic management on the day and roads were closed in sections as the procession moved through the neighbourhood. The march lasted an hour.

Along the route people were offered a range of sweet delicacies by local businesses and residents.

Will Aryan Khan Walk Out Of Jail Today? Rush To Complete Formalities
2021-10-29