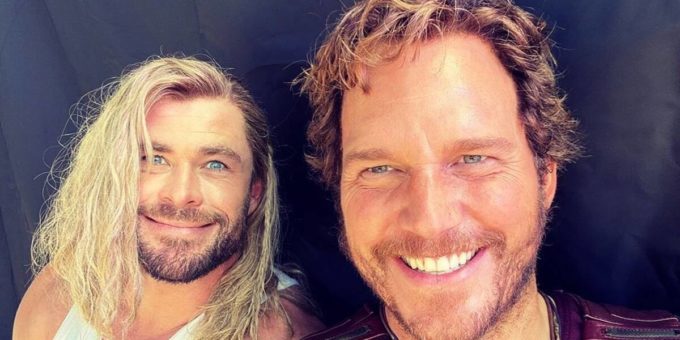 Chris Hemsworth has shared a photo from the set of Thor: Love and Thunder. While it features him and his co-star Chris Pratt, he used it to hilariously wish Chris Evans on his birthday. He captioned the photo, “Happy 40th birthday Chris Evans, you’ll always be number 1 in my book 🎉🎉 @chrisevans.”

In Love and Thunder, which brings back director Taika Waititi, Pratt, who plays the role of Star-Lord in MCU, joins forces, albeit briefly, with Hemsworth along with the rest of Guardians of the Galaxy stars.

Meanwhile, Chris Evans is celebrating his 40th birthday on Sunday. The actor is best known for the role of Captain America in MCU movies.

Actor Mindy Kaling expressed her disappointment that Hemsworth did not make sure that Evans and Portman, who also turned 40 on June 9, throw a joint birthday party. She tweeted, “How did Natalie Portman and Chris Evans not throw a joint 40th birthday party? Hemsworth knows them both from Thor stuff, he could’ve done something about it, he really wiffed on this one.”

What’s Open, What’s Not From Tomorrow