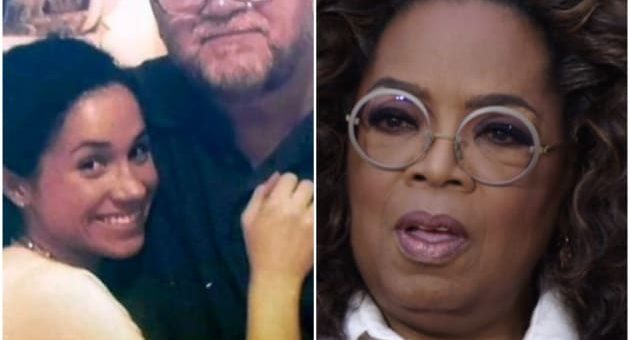 Unfortunately, Meghan Markle’s awful family is an important part of her life story.


Long before she married Prince Harry and began butting heads with her in-laws, Meghan endured the emotional abuse directed at her by her father, Thomas, and her wicked half-sister, Samantha.


And sadly, it seems that sort of malice has been a part of Meghan’s life since childhood.


The only difference now is that it’s been brought to light by her worldwide fame, and her family has switched tactics by trying to harm her reputation instead of just her psyche.


But unlike his daughter, Thomas is capable of occasionally being truthful — albeit only on those occasions when he can use the truth as a springboard to launch into an unhinged tirade about his daughter.


In a recent interview with British media outlet GB News, Thomas went full-Thomas, ranting and raving about virtually every aspect of his daughter’s life.


Thomas slammed Prince Harry for not asking his permission to propose to Meghan, he blamed his daughter and son in-law for the recent rift within th royal family … and he even expressed his thought about Meghan’s rumored political ambitions.


Yes, you may have heard the reports that Meghan plans to run for president, and you might have dismissed them as utter nonsense.


So, this is one of the rare occasions in which sensible, thinking human beings might find themselves agreeing with Meghan’s abrasive dad.


“I think that’s a joke, from beginning to end, I think it’s a complete joke,” he told GB News when asked about the possibility of Meghan running for office.


Now, that’s a little too much sense for Thomas, so of course, he had to conclude this particular rant by taking a shot at one of Meghan’s most high-profile friendships.


He offered the following prediction of what he believes would happen if Meghan were to throw her hat in the ring in 2024:


“Oprah would push her out of the way anyway!”


Yes, Meghan’s interview with Oprah Winfrey is clearly still a sore spot for the members of the Markle clan.


Add to that the fact that Thomas and Samantha love thinking that Meghan is not as popular as she seems among A-list Americans, and you can see why they would latch onto the narrative that Oprah would be happy to thwart Meghan’s campaign.


We’re sure they also delighted in the fact that Meghan was not invited to Baraack Obama’s birthday party.


Clearly, Samantha and Thomas are terrified by the thought of Meghan gaining any further influence in the world of politics.


But they fail to recognise that no matter what career path she chooses from here, she’ll always be much, much more powerful than any of the losers in her abusive family!