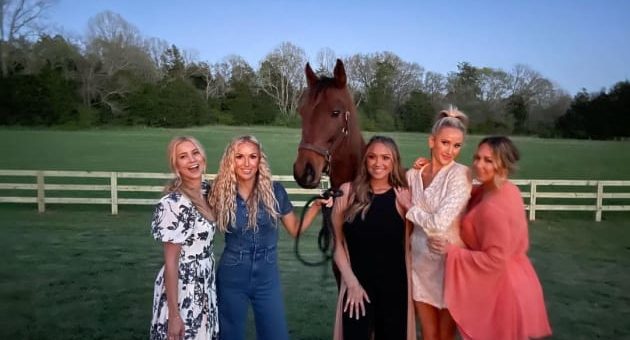 Some of the very familiar faces within the Country music world have been teasing fans.


These famous women have fans wondering if Real Housewives is about to expand to Nashville.


The answer, it turns out, is both yes and no.


But fans should absolutely start getting excited for what’s coming.


Jana Kramer may be best known for One Tree Hill and monetizing her marital struggles.


But she is also a Country music star.


Jason Aldean’s sister, Kasi Wicks (who is Chuck WIcks’ wife), is also said to be involved.


There was previously a rumor that Jason Aldean’s wife, Brittany, was in on this.


However, she seems to have shut down that rumor fairly effectively.


Perhaps one Aldean will be enough for what’s coming.


The rumor has been that they are filming for The Real Housewives of Nashville.


While some of us are aghast at the idea that RHON would be made before The Real Housewives of Charlotte, it makes a certain amount of sense.


That rumor is partially true … because they are filming a special something, as they’ve been teasing.


TMZ reports that Jana and Kasi are filming alongside Sabina Gadecki and Jenna Perdue.


Sabina is the wife of Tyler Rich.


Jenna is the wife of Dee Jay Silver.


The show is not said to be part of the Housewives franchise … probably.


NBC is handling production and currently filming these women in Nashville.


Likely, this show won’t air on Bravo — and is likely to be broadcast on another NBC network.


That could mean E!, who of course are likely hoping for fresh blood with the end of Keeping Up With The Kardashians.


This new show could also be broadcast on Peacock, NBCUniversal’s streaming service.


Peacock will already be the host to an “all stars” Housewives spinoff, as we previously reported.


Jana and Kasi are generating buzz on their own.


In fact, this is all very tentative so far, with no contracts being signed.


Without the series getting a green light, they may just be filming a pilot episode.


Not all shows automatically get a series order, and reality television is no exception.


And even if this mystery show is greenlit by the bigwigs, it could be subject to casting shakeups and other changes.


Still, this (potential) new show does sound like a spiritual sister to the Real Housewives franchise.


Southern Charm has always felt that way. What’s one more?


And if the show gets the go-ahead from NBC, you can bet that the stars know exactly how to get fans attention — because they’re already doing it.


It will be interesting to see what dynamics form and what storylines develop.


For the most part, if this pilot makes it to series, these could be surprises.


Being a public figure doesn’t mean that people know what you’ll be like on reality TV, after all.


She has spent years monetizing her husband’s “sex addiction,” something that the greater psychiatric community does not believe exists.


That could certainly make for plenty of drama. Jana does not hesitate to air her dirty laundry.

“This is My Longest Six In IPL,” Says Mumbai Indians’ Surya Kumar Yadav