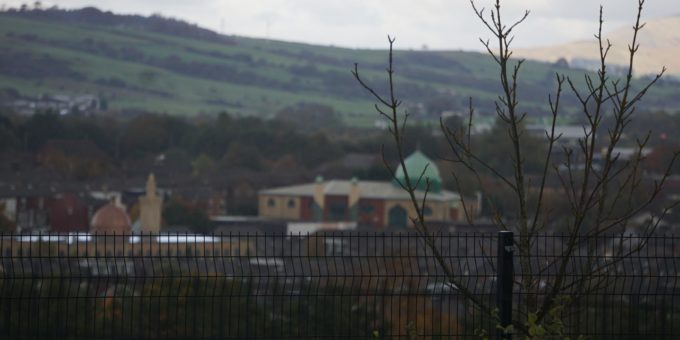 Every so often, northern towns tend to be at the wrong end of ill-informed judgements concerning their inner-city neighbourhoods. These tend to focus on the Asian or Muslim areas.

Mostly recently there was a suggestion how apparent ‘no-go’ areas exists within some northern towns including Blackburn, Dewsbury and Bradford. In Ed Husain’s ‘Among The Mosques: A Journey Across Muslim Britain’ he tells of how a group of white men told him they are scared to go into ‘no-go areas’ in Blackburn, such as Whalley Range, with one man saying a gang of ‘Asian’ teenagers repeatedly ‘jumped’ his 12-year-old son.

No one is suggesting such criminal acts do not happen. And it is sad anyone would feel like this.

But the manner in which this will now be used to say the area as ‘closed-off’ is a little extreme to say the least.

What tends to happen with such reports is they are happy to feed into pre-existing narratives about Asians and Muslims. I am sorry to say but much of this an easy sell as you are telling people exactly what they want to hear. The writer is then lauded as a forward thinker by ‘high-brow’ publications who are just as guilty when suggesting that Asian and Muslim areas are closed off in their attitudes.

Yet, these suggestions could be not be further from reality. And in many ways tend to be quite backward in their own thinking as they fail to address the underlying issues within these towns.

However, much of what tends to get written can be quite patronising.

There was an unfounded fear growing up that walking into areas such a Shadsworth and Higher Croft areas of Blackburn I would get targeted because of my colour. The fact is when we were first asked to play football on Fishmoor Drive back in the late nineties nothing happened. In fact, nothing happened the next ten times we went down. It was quite the opposite in fact.

That does not mean I might not get some the odd comment or abuse if I ventured into those areas. I am sure I would. But is it really then a ‘no-go’ zone like something out of an Iraqi suburb?

I have seen many white people in areas which are predominantly Asian. I recollect diners regularly attending the Khyber Restaurant (and being a little drunk may I add!) and finding their way through Whalley Range in the dead of night.

Of course these suggestions about ‘no-go’ zones tend to be shared because they are based on Asians and Muslims in particular. The very same way the black neighbourhoods were percieved in the seventies and eighties.

It is also extremely dangerous to link the building of Mosques and those from a criminal element who might look to attack someone because of their colour. Again, the reality is that where a mosque has been built those immediate areas tend to be far safer than anywhere else. First of all, you have worshippers coming and going at all hours of the day and secondly, the mosque is a safe haven for anyone of any religion just like a church would be.

I am unlikely to find myself being abused in the Jewish area of Prestwich if I was to walk past a synagogue so why do we tend to have different feelings about inner city Muslim areas?

The very same accusations levelled at Muslims could essentially be levelled at any other religion.

I have been the most vocal and critical on issues relating to mosques, the Muslim community and inter-religious strife on these very pages. In fact, I would go as far as to say we don’t need more mosques but more community and youth centres where issues can be addressed without judgement.

But what I find quite worrying is not writers such as Ed Husain himself. He is a researcher has aimed to highlight how some Muslims want to do nothing more than to shop, go to mosque and sleep amongst their own. I find it more worrying how sections of the media will now use the ‘no-go’ zone suggestion to appease their own discriminatory attitudes towards the working-classes and Muslims.

But there is something quite important for us all to ponder.

I do believe there are ‘no-go’ zones in some of our towns and I feel completely out of place.

I don’t feel comfortable going to the ‘posh ends’ of Blackburn (occupied may I add by Asians and whites) because I just don’t like the accusing and the judgemental eyes of the middle classes looking down on me. Maybe some discussion on the subject would alleviate my fears.