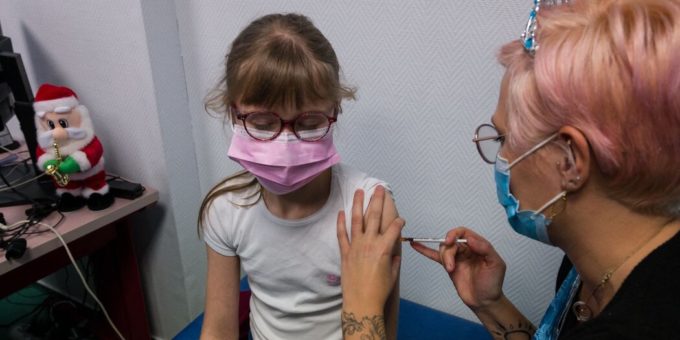 With the Omicron variant flooding New York City, advocates for homeless people are bracing for a surge in cases at shelters for single adults where about 12,000 people sleep in barrackslike dorms that often have upward of 20 people in a room.

The operator of one shelter in the city said on Thursday that in recent days, 14 out of 200 residents, or 7 percent, had tested positive and that most residents had not been tested at all in the last two weeks. At least four workers at the shelter, out of about 40, had also tested positive, said the operator, who spoke on the condition of anonymity because the city forbids shelters to talk to reporters without clearance.

If 7 percent of the residents of congregate shelters got the coronavirus, that would be over 800 people, which would far exceed the shelter system’s current supply of isolation and quarantine rooms.

Current data on coronavirus in shelters is hard to come by. The city releases it only once a week and has not done so since last Friday, when it reported 82 new cases among the 46,000 residents of the main shelter system, more than double the number it reported Dec. 2.

The Coalition for the Homeless said Wednesday that it was seeing evidence from talking to clients that the virus was “spreading quickly” in congregate shelters and called on Mayor Bill de Blasio to move people from shelters back to the hotels where the city placed them during the early waves of the pandemic.

Mr. de Blasio said the city had no such plans. “What we’re seeing so far in Omicron: intense surge but less impact, and we also believe it’ll be for a brief period of time,” the mayor said on Wednesday. “So that does not suggest doing things the way we did last year.”

He added, “We also have a hell of a lot more people vaccinated than we did when we went through the challenges last year.”

At least 11,000 out of 20,000 adult shelter residents have been vaccinated directly through the shelter system, in addition to an unknown but large number vaccinated elsewhere, the Department of Homeless Services said.

As of Tuesday, the shelter system had about 70 vacant beds in isolation units, where people are sent after testing positive or showing Covid-like symptoms, and about 130 beds in quarantine rooms, said Isaac McGinn, a Homeless Services spokesman. Typically, if someone in a congregate shelter tests positive, the people sleeping nearest to them are sent to quarantine. Mr. McGinn said the department was “on standby to bring on more beds pending additional needs.”

On Wednesday, Housing Works, the nonprofit that runs most of the shelter system’s isolation and quarantine units, declined to provide medical services at a new isolation hotel the city is using because the city was insisting on putting two people in a single isolation room, said Charles King, Housing Works’s executive director.

At a women’s shelter in College Point, Queens, one resident, Alison Gibney, said that three women that she knew of had tested positive in recent days.

“It’s a nightmare situation,” Ms. Gibney said. “There are 15 women to a room, and I must sleep with a mask, and that is the only time I’m not double masked.”

Netlicks? 'The TV screen you can taste’