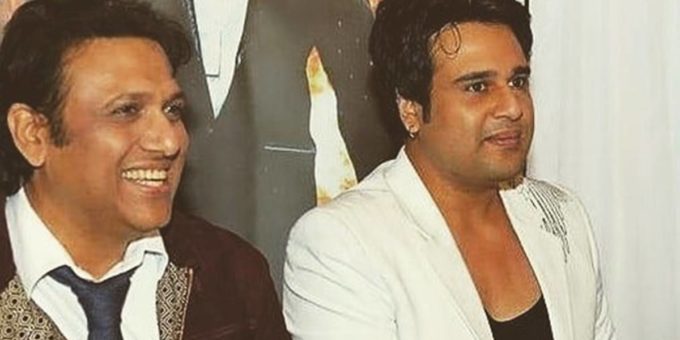 Seems like the feud between Krushna Abhishek and Govinda is not going to die anytime soon. The Kapil Sharma Show actor, who had earlier said he wants to mend his relationship with his uncle Govinda and his family, mentioned the actor in the recent episode of Kapil Sharma’s show.

Krushna Abhishek might have refrained from making an appearance on The Kapil Sharma Show’s episode featuring Govinda and his wife Sunita but the actor is not missing a chance to mention him during the show.

In the latest episode, singers Kumar Sanu, Udit Narayan and Anuradha Paudwal graced the show. When Krushna greeted Udit Narayan, the actor, who plays the role of Sapna on the show, told the singer that he reminds him of his ‘Mamaji’ Govinda.

Recently, when Govinda made his appearance on the Kapil Sharma’s show, Krushna gave it a miss. “When I learnt that they would be appearing as celebrity guests in the upcoming episode, I didn’t want to be a part of it, so I didn’t try to adjust my dates. I believe both parties don’t wish to share a stage,” he told Times Of India.

However, his absence didn’t go down well with Govinda’s wife Sunita. An angry Sunita had said in an interview that she doesn’t ever want to see Krushna’s face again. Krushna reacted to Sunita’s statement. He said, “I know my mami said a lot of things against me. Of course, I was upset. But now I feel they are so angry with me because they love me the most. Saying something as filmy as ‘I don’t want to see his face ever again’ shows they are hurt. And you can only get hurt by someone who loves you.”

The comedian told Spotboye that he is ready to apologise to Govinda and Sunita repeatedly if needed. “I love my mama and mami. I seek their forgiveness. I’ve tried many times. But they won’t accept my apology. And therein lies the problem. I don’t know why they are not willing to forgive me when I am like their child. So many times in so many interviews I’ve said that we will resolve our issues, and they’ve said so too. But we are still at loggerheads.”

Not just Krushna and Govinda, their wives Kashmera Shah and Sunita Ahuja too didn’t leave any stone unturned to speak ill of each other. While Kashmera said Sunita and Govinda “have not existed for me for five years,” Sunita called Kashmera a nobody.