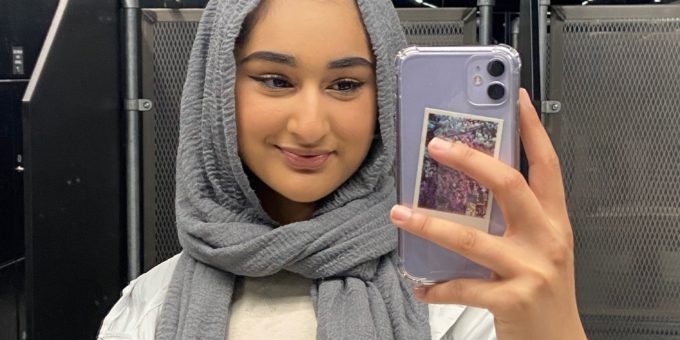 FROM laughing at people who spent so much time in the gym to becoming a fitness influencer, ‘Maymah’ has taken the world of Instagram fitness to the next level.

Maymah,22, whose Instagram handle is @Maymah.lifts, works as a Therapeutic Radiographer and began her fitness journey in March 2019, during the gap between finishing her A-levels and starting university.

Her journey began out of boredom three years ago and now she finds herself in the gym four times a week, with over 22,000 followers invested in her story.

“When I started going to the gym, I just wanted to get confident with the space, being a Muslim woman in the gym was difficult to begin with but as I grew more confident, I was trying new things and I found that I really liked deadlifts.”

Maymah is currently deadlifting 140kg and is now stronger than ever before.

Her Instagram following has massively risen over the years and earlier this year she became a Gym Shark ambassador.

“Working with Gym Shark has been a completely new and exciting experience.

“You don’t really see people like me in the gym deadlifting or on posters and shoots and it’s fun.

“It’s very different to my day job but I’m enjoying the experience.

“Being on social media, these past four years has been fun but there are times where it’s been difficult to navigate.

“I’m a Hijab wearing, Muslim woman who deadlifts and that’s a problem for some people.

“In my comments you’ll find people telling me that what I’m doing is wrong and I’m being immodest.

“People want to close us down and box us up and I want to show people that actually I can stay within the guidelines of my religion and do this.”

Being from a South Asian background and aware of the health conditions that relate to the diet, Maymah highlighted the importance of exercise.

“Diabetes and High Blood Pressure are so common among South Asians, and It can be avoided if people exercise and do it regularly, not after the diagnosis.”

Maymah has inspired hundreds of Muslim girls and women to undertake their own fitness journey’s.

“I was at an event for Gym Shark and people had actually come out to see me and I was just shocked at the impact I had made on these people.”

With her newfound celebrity status, Maymah has found herself working with Olympian Asha Phillip.

“I’m so happy I get to have these pinch me moments and looking back I have no regrets, it’s all led to this, I only wish I had started sooner.

“I’m proud of all my achievements but most importantly my resilience; just because it can be hard sometimes, it doesn’t mean you give up.”

Is There Anything As Good As Butter Chicken? This Chicken Changezi Will Surprise You
2020-11-17