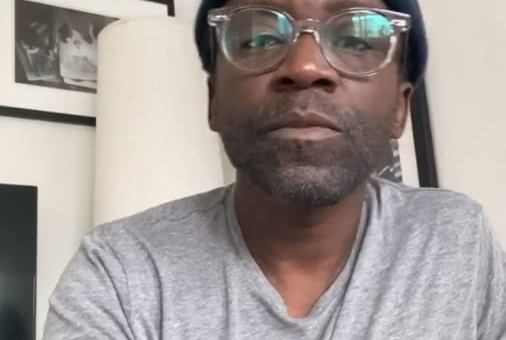 While the rest of us watch gleefully as Ellen DeGeneres’ employees experience hope for the first time in years, some are still in doubt.


Was Ellen’s alleged toxic behavior some sort of mass hallucination by unseen members of the crew? Her show’s former DJ is speaking up.


In the TV business, members of any production might come and go, but others


Tony Okungbowa was Ellen’s DJ for the show for about a decade.


Others who work on the show now have described a toxic environment of fear and emotional abuse.


“Hey Guys,” Tony says in an Instagram post on the topic, “I hope you are all keeping safe out there during these trying times.”


“I have been getting calls asking me about the Ellen Degeneres Show,” he reveals.


“And,” Tony announces, “I would like to address the time I spent there.”


“While I am grateful for the opportunity it afforded me,” he begins.


Tony then confirms: “I did experience and feel the toxicity of the environment.”


Tony confirms that his experiences line up with those described “and I stand with my former colleagues.”


He supports Ellen’s employees “in their quest to create a healthier and more inclusive workplace.”


Tony supports these reform efforts “as the show moves forward.”


It is important to emphasize that, though Ellen herself has been the subject of criticism, she is not alone.


Some of her producers have been accused of toxic behavior, creating an atmosphere “of fear” on the show.


But, ultimately, as the face of the show, all eyes are on Ellen and the perception that she is two-faced, showing her less friendly side to underlings.


In fact, both supporters and fellow celebrities — some, anyway — have come forward to defend Ellen.


They insist that they have never seen this side of her, pointing out that her friendliness is famous.


These defenders explain that they simply cannot imagine Ellen even allowing a toxic culture for employees, let alone contributing to one.


But then … isn’t that the whole point?


We do not judge people and their niceness by how friendly they are to the rich and famous while they are being recorded.


We judge people based upon how they treat people who have no power.


The excited cancelation of Ellen isn’t just about the culture on her show.


This also has a lot to do with Ellen’s reputation — her lesser-known reputation.


Many of us have heard anecdotes from waiters and hotel employees who apparently caught Ellen in a bad mood.


Based upon these anecdotal recollections by restaurant employees and concierges, it sounds like Ellen vents her frustrations by getting low-income workers fired.


She has allegedly demanded that people get fired, even writing letters to management … at times, over something as minor as a waitress with a bad manicure.


Ellen was a trailblazer for LGBTQ+ rights, putting her career on the line in the 1990s to come out as a lesbian to the world.


There were real consequences for that. But, over time, she was able to advance in her career and take it to new heights.


But Ellen has come under fire for a number of bad choices in recent years that seem to indicate that she has more in common with other people who happen to be wealthy and white than she does with her own community.


None of us can forget those inexcusable photos of her being buddy-buddy with George W. Bush at a sports game.


Bush made opposition to gay rights a cornerstone of his 2004 reelection. None of us will forget that — except, it seems, for Ellen.


She has spent years as the go-to defender for the likes of Kevin Hart.


Her accomplishments in the ’90s were great, but it has been a long time since she deserved her current platform.

Shubhankar Sharma Tied 110th After Round One Of English Championship

Odesa strike shows it will not be easy to export grain via ports: Ukraine
2022-07-24