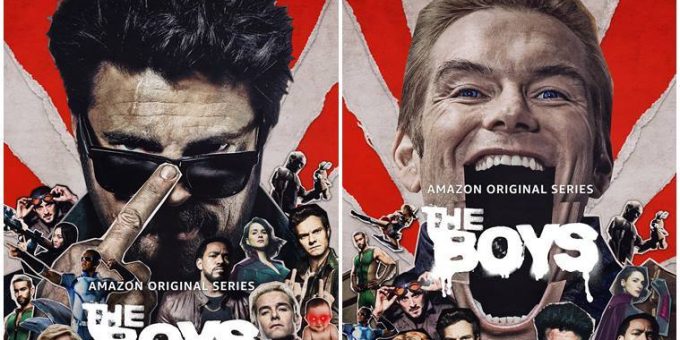 The trailer for the second season of Amazon Prime Video’s comic-book series The Boys was released on Tuesday. The long-ish trailer, clocking more than 3 minutes, promises more insanity from Karl Urban’s Billy Butcher and team as they are hunted by both ‘supes’ and law enforcement and also try to take down the Vough Corporation, the evil entity that is in charge of the Seven.

The Boys, developed by Eric Kripke on the comic-book series of the same name, is about a world in which superheroes, with actual superpowers, are real, but instead of being symbols of nobility and goodness like the Justice League and the Avengers, they have allowed status and fame to go to their head, and have become violent and reckless. Enter the Boys, a bunch of vigilantes who are tasked to keep the superheroes in line.

There is a lot going on in the trailer. Here are our five key takeaways from it:

The first season introduced superhuman terrorists that Homelander revealed he created. In the second season, it appears they will play a bigger role as just another problem in the front of the Boys. Also, supe-terrorists mean that Vought can tell the Congress that only the Seven and other supes can take down a threat like that and the Congress will allow them in national security and the armed forces.

Aya Cash as Stormfront in the trailer for The Boys season 2. (Photo: Amazon Studios)

The newest among the Seven: Stormfront

Aya Cash’s Stormfront, the latest addition to the Seven, has quickly become one of the most popular supes due to her vivacious personality and social-media savviness. Homelander seems to resent her fame though it looks like she converts him to her side by showing that they can fight and destroy the supe-terrorists together. One thing is clear, she is a big threat to the Boys.

The Boys still want to take down Vought

It will be interesting to see if The Boys can evade the law while simultaneously going through with their plan to destroy Vought. (Photo: Amazon Studios)

The prime motive of the Boys remains burning Vought to the ground. While the Boys do not have superpowers and will not stand a chance against supes in hand-to-hand combat, they play dirty and have shown that grit and determination are basically superpowers in themselves. It will be interesting to see if they can evade the law while simultaneously going through with their plan to destroy Vought.

In the final scene of the trailer, we see Hughie together with Homelander and Starlight. Homelander orders Starlight to kill Hughie and though she does attack, it is not made clear who is her target. I doubt she will kill Hughie as she is so far the only supe we have seen is a good person and also Hughie is somebody she loves. So does she attack Homelander? Can she fight him on her own? For now, we only have questions.

The Boys season 2 will begin streaming from September 4 on Amazon Prime Video.

Britain’s main parties hammered in E.U. elections — voters opt for those with clearer stances on Brexit – The Washington Post
2019-05-27