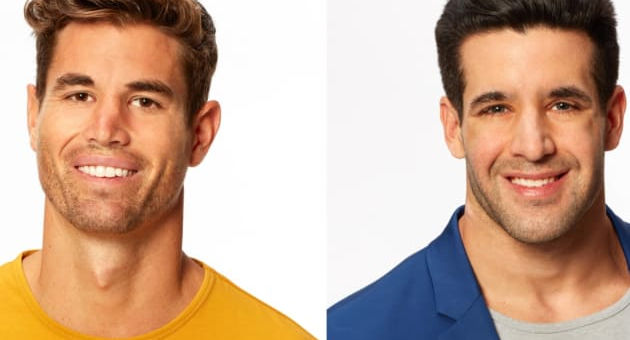 The Bachelorette may be over for the week.


But the drama between two of the suitors vying for the heart oof Tayshia Adams has only just begun.


On Tuesday night, Chasen Nick was accused of the worst possible thing someone on this show can be accused of.


He was accused of only going on The Bachelorette to build hiis social media following — which means, yes, he went on the show for all the wrong reasons.


Ed Waisbrot went as far as to call Chasen an “actor” who “spins a web of deceit.”


Ed even brought this concern to Tayshia during a one-on-one conversation.


“I’m here for the right reasons,” he told The Bachelorette, practically reading from a script and adding:


“I had a little conversation tonight with Chasen and I think one of the things I’ve discussed man-to-man with Chasen is that I’ve heard him say identical things to Clare that he’s been saying about you.”


Faced with this charges by Adams herself, Chasen said they were “absolutely ridiculous” and he told Tayshia he felt “insulted,” opening up as follows to The Bachelorette:


“I definitely want to find someone and get to know them.


‘And right when you came out obviously it was a pivot, but I’m getting to know you more and more and I’m really vibing with you, and I hope that you feel the same way.”


That exchange aired on Tuesday night.


A day later, Chasen shared the following photo, which depicts him and Ed doing battle inside of a cage, as they were told to do for a group date challenge.


Both men can be seen shirtless wearing spandex shorts while shaking hands in the ring… except Ed is rocking black sandals.


No big deal? It was to Chasen.


“Flip flops? Come on bro … Am I the only who thinks that’s ridiculous?” Chasen wrote as a caption, hurling some shade at his on-air foe.


A follower then piled on with this remark, referencing an injury Ed cited on this past episode:


“Ed is projecting. He is here for followers, too, with his public IG and shoulder workouts. Interesting that he can do those with his injuries LOL.”


We’ll see if Ed responds to these comments, but Chasen has proven himself unafraid of confrontation.


Ahead of Tayshia’s very first rose ceremony on Tuesday, Chasen addressed the negative things being said about with the other 19 men.


“My character has been portrayed in a false light,” he said.


“I felt pretty insulted. And I don’t want any drama tonight from anyone. And Ed, as a gentleman, I just want to ask if you’ve got anything else to say off your chest.”


Will Chasen be bold enough to win over Tayshia in the end?


You can visit our section of The Bachelorette spoilers to find out!