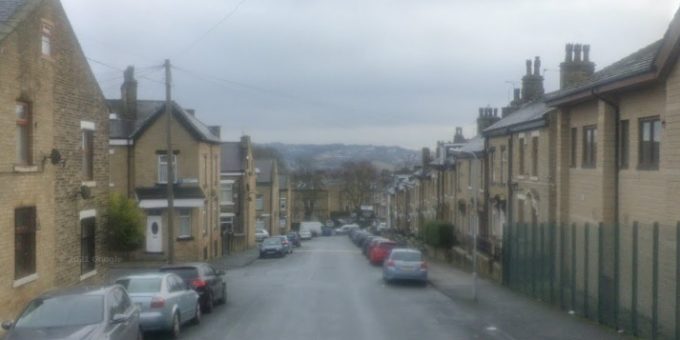 A teenage danger driver’s loyal parents helped to spare their son immediate custody after he led the police on a three-mile pursuit across Bradford in snow and ice.

The couple were devastated by Aarham Nasir’s actions in an uninsured car he had taken without the family’s permission – but both attended Bradford Crown Court this week to support him.

Nasir was 18 when he sped away from officers on patrol on Duckworth Lane, Bradford, at 7.30pm on January 8.

The court heard it was snowing and the icy roads were causing vehicles to skid.

He had passed his driving test only the previous month.

Nasir, of Leamington Street, Heaton, Bradford, was pursued for three miles along narrow roads with cars parked on either side and over speed bumps.

He reached speeds of up to 50mph in a 30mph zone, the court heard.

At one stage, he turned off his lights in an effort to evade the specialist police team on his tail at the time.

He eventually stopped on Garfield Avenue in Manningham, abandoned the car and fled on foot.

He was apprehended holding the keys.

Nasir pleaded guilty to dangerous driving and driving uninsured at his first appearance before Bradford and Keighley magistrates.

His barrister, Khadim Al’Hassan, said the teenager, now 19, had no previous convictions and did eventually stop of his own accord.

“He comes from a very good family. His parents are in court and are devastated by his actions,” Mr Al’Hassan said.

Nasir had gained two higher college diplomas in car mechanics and played a key role in the family garage business, it was pointed out to the court.

“He knows that the court takes a dim view of dangerous driving,” Mr Al’Hassan said.

But he urged Judge Neil Davey QC to spare the teenager immediate custody.

“He had learnt a big lesson and is unlikely to trouble the courts again,” he said.

Judge Davey sentenced Nasir to two months detention in a young offender institution, suspended for 12 months, with 100 hours of unpaid work and a rehabilitation activity requirement of up to 20 days.

He was banned from driving for 12 months and until he takes an extended retest.

Judge Davey praised Nasir’s parents for coming to court to support their son. Testimonials spoke of him “in the highest possible terms.”

“You come from a decent, respectable, respected and hardworking family,” he told him.

‘He just felt hopeless,’ widow says after partner went to hospital 3 times in 24 hours before his death