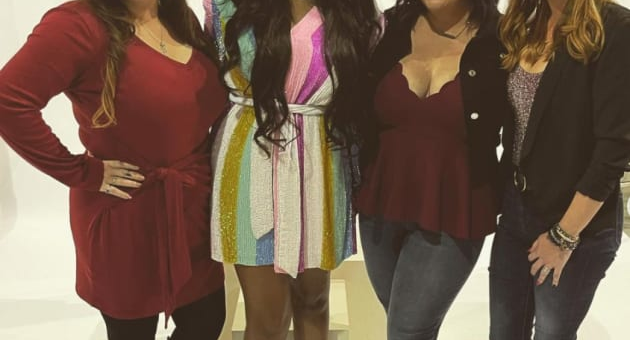 For the past several years, Teen Mom OG ratings have been declining steadily.


It would be more accurate to say the show is in a state of perpetual free-fall, and the fact that it keeps getting renewed is a testament to how desperate MTV is for reliable content.


Ridiculousness marathons are all well and good, but you can’t expect a single Tosh.0 rip-off to support an entire network!


Anyway, the current season of Teen Mom OG started out with the lowest-rated premiere in series history.


With long-running shows, premieres typically perform better than the episodes that follow — probably due to viewers who tune in hoping that the show will have fixed its problems from the previous season.


And in keeping with that tradition, TMOG has been experiencing a downward trend ever since.


Network execs surely expected some kind of a drop-off — but not like this.


Let’s take a look at the numbers and try to determine if the OGs will soon be looking for new jobs:


When Teen Mom first debuted, the show was an absolute ratings juggernaut for MTV:


As The Ashley’s Reality Roundup reports, a whopping 2 million people tuned in to watch the series premiere back in December 2009.


Word of mouth — and a fair bit of controversy — helped the show to steadily gain viewers during its first two years on the air.


Season 1 closed out with an astonishing 3.6 million viewers — an impressive number in 2010, and an unfathomable number now, as countless entertainment options have fragmnented our attention, leaving basic cable mainstays like TMOG with a fraction of their former audience.


Our younger viewers might not remember how controversial the 16 and Pregnant/Teen Mom franchise was in its early years.


On the floor of Congress and in the pages of reputable publications like the New York Times, pundits and elected officials debated whether or not shows like Teen Mom should even be allowed to exist.


There were fears that the show would result in a rapid increase in the teen pregnancy rate and generally corrupt America’s youth.


That never happened, of course.


But all the pearl-clutching helped Teen Mom and its spinoff shows become cultural phenomena.


Ratings continued to climb throughout Season 2, with the finale bringing in a whopping 5.6 million viewers.


Those days are long gone, of course, and controversy has given way to boredom, as even diehard fans tweet about losing interest and tuning out.


The eldest of the moms are in their early thirties now, and concerns about how to put food on the table have been replaced by debates about what sort of tile should be used in one’s newly-redecorated kitchen.


Not surprisingly, these lower-stakes storylines have resulted in lower ratings.


Teen Mom OG Season 9B (that mouthful of a title reminds us how many ridiculous permutations the show has been through in recent years) debuted with a paltry 405,000 viewers, and the situation only got worse from there.


As the show rounds out its ninth season, it’s almost impossible to imagine that MTV execs will shell out to bring the entire cast back for another full season.


Now, that doesn’t mean that TMOG will be outright canceled.


The show might come back for a farewell with a smaller cast.


And the ladies might be forced to settle for lower salaries even to make that happen.


Whatever the case, you can be sure that the OG moms won’t be raking in the dough with cushy reality gigs for much longer.


We hope for their sake and the sake of their children that they’ve been socking away some cash.


But unfortunately, reality stars tend to be worse than pro athletes when it comes to personal finance.

Mika Singh complains Kapil Sharma replies to ‘aire-gaire tweets’ but not him, here’s the comedian’s response
2022-03-14