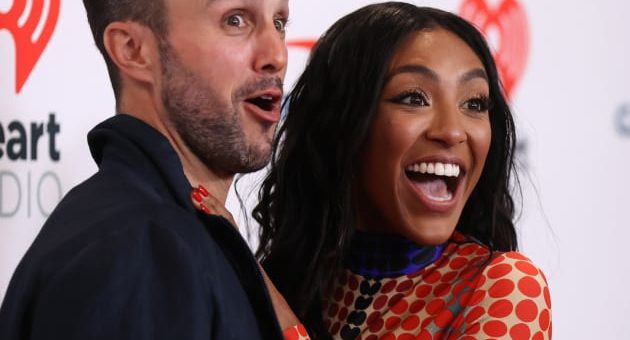 So much, sadly, for living happily ever after.


If tabloid reports are to be believed, Tayshia Adams and Zac Clark have become the latest Bachelor/Bachelorette couple to bite the romantic dust.


This apparent confirmation doesn’t come as a shock to astute observers.


Many out there noticed that Adams was NOT wearing her engagement ring during two recent consecutive episodes of her “Bachelor Happy Hour” podcast, which she cohosts with Becca Kufrin.


Additionally, Tayshia ditched her diamond at the House of Gucci premiere in Los Angeles on Thursday, November 18.


Three days before that?


This could have been a reference to anything, of course.


But based on everything else we’ve heard and read of late, it sure sounds like someone trying to cope with an unfortunate break-up.


On the flip side, Adams and Clark ran the New York City Marathon back on November 7.


But Tayshia didn’t exactly gush over her supposed partner on social media after the very long race.


“Again, just want to say thank you to each and every one of you that cheered me along the way,” she wrote two weeks ago.


“For my best friend James, who flew out to be by my side and helped see my final miles through.


“And for Z, for running with me every step of the way.”


However, her health scare was unrelated to the 26.2 miles she had somehow managed to run.


“Number one, I don’t want you guys to think that this had anything to do with the marathon because it actually doesn’t,” she told fans via Instagram Stories on November 13.


Later, Adams — who made no mention of Clark in this post — wrote that she may have had a “really bad kidney infection.”


Adams replaced Clare Crawley as The Bachelorette on Season 16 after the latter agreed to marry Dale Moss just weeks into filming.


Clark advanced all the way to the finale and then proposed to Tayshia to wrap up an emotional run.


In August, the couple celebrated their one-year anniversary of meeting on the reality franchise … and seemed more smitten than ever before.


“At approximately this time 365 days ago, I met you!” Tayshia captioned her lovely tribute on Instagram.


“It’s been a wild ride so far with our lives going a million miles an hour but how lucky are we to have had an amazing week together at the place where it all started, AND we were able to renew our wishes a year later?!


These days, Adams is once again co-hosting The Bachelorette, this time around for Michelle Young’s season.


For his part, Clark only had kind things to say about his accomplished fiancée over the summer.


Wrote Zac in honor of the aforementioned anniversary:


“I hope your wish came true and I hope you take a minute to breathe and appreciate all YOU have done in the past 365 days since we met.


“You have done more in a year than most do in a lifetime.”

Sushmita Sen thanks fans for birthday wishes, updates them on surgery