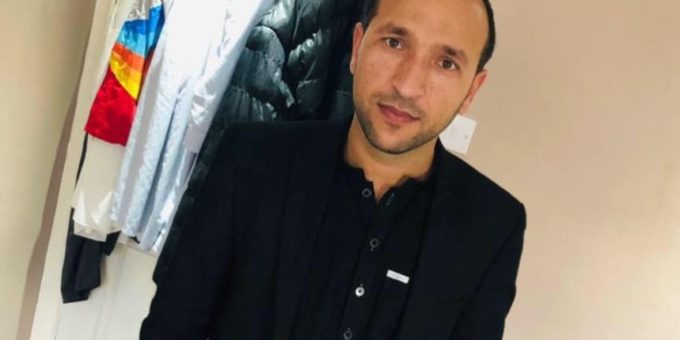 A London taxi driver was among those killed in an suicide attack at an airport in Afghanistan after flying out to help his family.

Mohammad Niazi, 29, had returned to Afghanistan on Tuesday to try to escort his family, including his wife and four children, back to the UK.

Tragically, the cabbie, his wife and two daughters, both under 10, were killed in a blast at Kabul arport which killed 170 people, including 13 officers.

Niazi, who worked as a driver in Aldershot before moving to London, was reportedly “very, very desperate” to get his family out and “thought he was one of the lukcy ones.”

The BBC spoke to Mohammad’s brother who confirmed they have not been able to locate his eldest daughter and youngest child.

He said: “I saw some small children in the river, it was so bad, it was doomsday for us.”

His friend, Imran Niazi, told Sky News: “He was that excited to help bring his family home.

“He was very, very desperate. To be that desperate to travel to Azerbaijan, from Azerbaijan to Kabul… it’s almost three days/four days journey.

“You can imagine, to go past all those Taliban checkpoints, you can tell how desperate he was.”

Imran says Mohammad told him he would phone him when he got to Afghanistan but he never did.

“My heart is in pieces, there’s no words,” he added.

The other British victim of the Kabul airport suicide bombing was named as Musa Papal who had left his home in north London in May to visit his family.

Civilian evacuations from Afghanistan will finish on Saturday, the head of the UK armed forces has said as troops prepared to head home following a “heartbreaking” effort.

General Sir Nick Carter, the Chief of the Defence Staff, said Operation Pitting the effort to evacuate UK nationals and eligible Afghans from Kabul airport had “gone as well as it could do in the circumstances”.

“We’re reaching the end of the evacuation, which will take place during the course of today,” he said.

“And then of course it’ll be necessary to bring our troops out on the remaining aircraft.”

Sir Nick also spoke of the “heartbreaking” judgment calls military personnel had been forced to make.

“We haven’t been able to bring everybody out and that has been heartbreaking, and there have been some very challenging judgments that have had to be made on the ground,” he said.

“And I think that, you know, people like me, who have had a very, very long association with this country, we are forever receiving messages and texts from our Afghan friends that are very distressing, so we’re all living this in the most painful way.”

Mr Healey said: “This is the brutal truth, despite getting more than 14,000 people out, there are probably 1,000 Afghans who have worked with us over two decades in Afghanistan, helped our troops, our aid workers, our diplomats, that we promised to protect, but we’re leaving behind.

“And I know those troops in particular will feel our failure on this as a country is a betrayal of many of those who risked their own lives to work alongside us.”

The Ministry of Defence said on Friday that once the final civilian evacuations were complete, this would free up space on military flights for diplomats and personnel.

It comes after two British adults and the child of a British national – understood to be a teenager – were killed in a bombing on Thursday, with another adult and child injured.

On Friday, Boris Johnson pledged to “shift heaven and earth” to allow those who wished to leave the country to do so after the August 31 withdrawal deadline set by the Americans.

In the early hours of Saturday, the US military conducted an airstrike against a member of so-called Islamic State in Afghanistan who was believed to be involved in planning attacks against the US in Kabul.

Covaxin and Covishield: What we know about India's Covid vaccines
2021-01-23