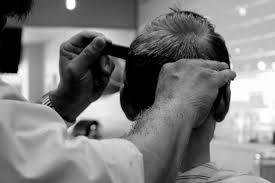 POLICE were called to a barber’s in Taunton after a man reportedly made racially aggravated comments aimed at staff.

Officers investigating the incident in the East Reach area are appealing for witnesses who have not yet contacted the police to come forward.

The man allegedly made the comments inside the premises before demanding money from the till at around 1.10pm on Friday, April 23.

He was ejected from the premises without being given any money and then drove off in a silver Vauxhall Zafira.

Shortly afterwards he returned and with a knife injured an employee outside the shop.

The victim was taken to hospital for treatment and released later that same day.

A 32-year-old man was arrested and has been released under investigation.

Anyone who witnessed what happened inside or outside the premises is asked to contact police online or via 101, quoting reference number 5221087144.

You can contact the independent charity Crimestoppers anonymously on 0800 555 111 or via its anonymous online form.

Sadia Faisal Celebrated Her Birthday With Family And Close Friends