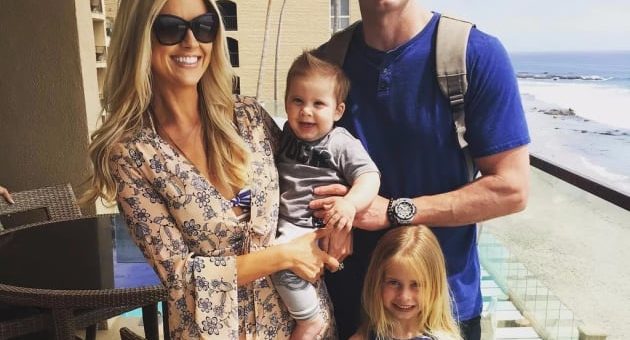 It’s been quite a few days for Tarek El Moussa.


First, the HGTV personality tested positive for Covid-19, coming down with a breakthrough case of the virus several months after getting vaccinated.


According to the real estate expert’s rep, Tarek is isolating with fiancée Heather Rae Young… which means both the former’s show, Flipping 101, and the latter’s show, Selling Sunset, have gone on a production hiatus.


“Tarek is listening to the advice of his doctors and won’t be scheduled to return to filming until he tests negative and his quarantine is complete,” added the rep to TMZ.


We send our best wishes to Tarek and Heather.


The stars met in July 2019 and got engaged a year later after Tarek popped a certain question during a romantic boat trip to Catalina Island, California.


No wedding date has been announced just yet, however.


El Moussa, meanwhile, also responded on Monday to news about another upcoming wedding… featuring another member of his immediate family.


In a manner of speaking, that is.


Tarek ex-wife and his ongoing Flip or Flop co-host announced her engagement to Hall this week by uploading three photos of her and the Austin-based realtor enjoying a sunset dinner in Los Cabos, Mexico.


As you can see below, a diamond ring is featured in two of the photos, while the pair is sharing a smooch in the third.


“You give me that teenage kinda love vibe and manly protection,” the Christina on the Coast star previously wrote on Instagram.


“It’s a combo for a lifetime of happiness + success. Thank you for reminding me what life and love are like when you put down the technology. I love you Josh.”


How does Tarek — who shares a son, Brayden, and daughter, Taylor — with Haack, feel about his ex moving on… again?


“We ​​just saw, but congratulations!” he told People Magazine, while Young added:


“We’re looking forward to the next chapter of everyone’s lives.”


Christina and Josh only started dating a few months ago.


The former split from Tarek in late 2016 and divorced second husband Ant Antstead in 2020; the exes shares a young son.


“I felt immediately crazy protective over him and wanted to keep him for myself and get to know each other before the tornado (media attention) hit,” Christina said this summer of Hall.


“We’ve had a few solid months of just us getting to know each other and I’ve loved every second of it.”


Haack and El Moussa also got into a verry public argument on the set of Flip or Flop a few weeks ago.


Without confirming that he trashed his ex-wife as “crazy” and a “washed-up loser,” Tarek recently acknowledged the flap as follows:


“As you can imagine, it can be stressful working with an ex and we did have an incident where some choice words were said on both sides and I’m sure we both wish the whole thing never happened.


“The whole thing just sucked for everyone involved.”