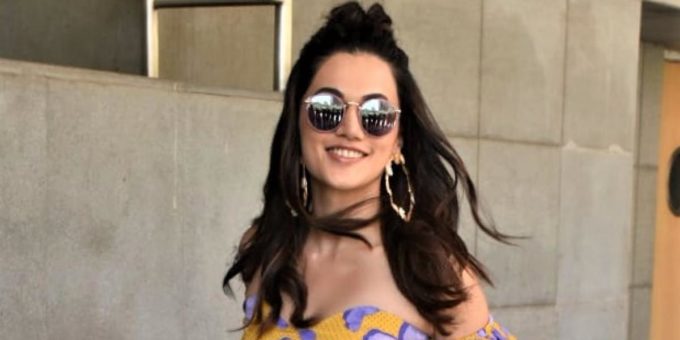 At the 50th  Indian International Film Festival Of India, the actor who made the most positive impression was Tapsee Pannu, and not just for her eloquence during her Q & A session on stage, but also for the way she handled a Hindi chauvinist heckler who loudly insisted that she speak in Hindi since she is a Hindi actress.

Without missing a beat Tapsee turned around and said she would be happy to speak in Tamil, Telugu or Hindi if the audience was okay with that. A majority of hands in the audience went up in support of Tapsee speaking in English.

When I caught up with the feisty actress she explained, “I just spoke out of a common sense. I wasn’t taking sides on the language issue. I was only applying a basic rationale while addressing a crowd of people who communicate in diverse languages.”

The multi-lingual actress says her chosen language of expression depends on the audience.”I  generally think in the language that I’ve been asked a question in or in the language in which the person interacting with me speaks  to me.”