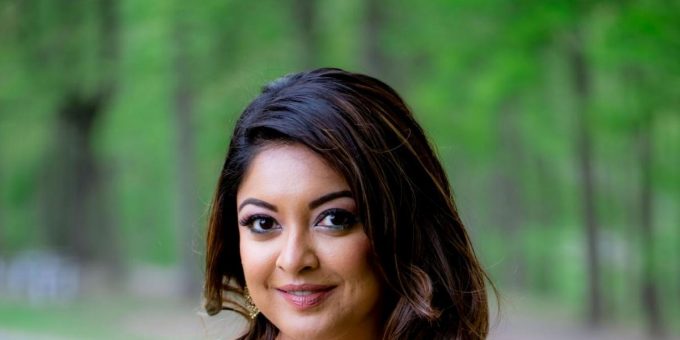 Tanuhree Dutta is amused at the new version of the #metoo movement – a revolution-of-sorts that she led last year against patriarchy, exploitation and sexual harassment of women. What began with the actress revealing the harassment she faced years ago at the hands of a senior actor, resulted in a deluge of similar confessions by women across sectors and changed the discourse around treatment of women at the workplace. The rest is history that need not be repeated.

The new version we are talking about is the #mentoo movement, initiated by Pooja Bedi after her TV actor friend Karan Oberoi was accused of sexually harassing his ex-girlfriend. The idea being to throw light on the fact that even men can be victims. “I find it oddly self-serving,” Tanushree says frankly when asked for her opinion about it. “In a country like India, there is already a lot of protection in place for men to wriggle out of everything. #Metoo came to life because there was a huge need to address the issue and get it out in the open. Also, #metoo is not anti-men. It’s for anyone who has been abused or harassed. So why have a separate #mentoo… this seems more like an attempt to massage some wounded male ego!”

She is not one to mince words. And the refreshing clarity of thought, courage and determination comes through in the rest of our conversation. The #metoo fight may have been taken over by millions of women and the conversations around it continue online and offline but Tanushree has not stopped making her voice heard about issues she feels passionate about. And it is this quest that led her to act in a short film called Inspiration. A unique format, it shows Tanushree, playing herself, conducting an impromptu conversation with an actor playing a journalist. The topic: exploitation of newcomers in the artistic field and how to avoid them. Streaming on Ullu App, Inspiration, Tanushree clarifies, is not about #metoo movement. Rather, it’s a motivational conversation guiding youngsters from any profession on how to avoid being cheated  by the powers-that-be. “The director Atul Bhalla had watched my speeches and approached me with the idea. I accepted because it was a subject I felt strongly about. During my own days in the industry, one would hear horror stories about youngsters falling prey to abusers and charlatans. It’s only now that there are proper acting institutes and other channels. Earlier, there was no avenue, especially for those coming from small towns. They are young, vulnerable and often lack the maturity to understand a situation; they get confused about whom to trust and whom to avoid,” says Tanushree.

Instead of a conventional plotline and a written script, Tanushree and her director decided to go for a more extempore with a fact-meets-fiction touch. The result is a lucid commentary on what to expect in the industry and how to avoid the pitfalls.

The experience of working on a short film has evoked a desire in her to work in more such projects and explore subjects that perhaps others would hesitate to take up. Religion and spirituality, for instance.  Tanushree’s own experience with spirituality makes for a fascinating story. Perhaps it was this deep inclination that gave her the strength to surmount the odds that came her way. “I have lived a lot of lives,” she says. “I have faced challenges and overcome them.”

It was a journey that started 10 years ago for her when life led her to a spiritual exploration despite not being an overtly ritualistic or religious person herself. Her curiosity led to her reading up on Hinduism, Christianity, Buddhism, Islam… and she spent time questioning it, understanding it and gaining knowledge about its ethos. She practised Buddhism, read the Bible and is now reading the Koran in her quest for inner growth.

Surprised at how the word ‘religion’, with all its misinterpretations and resultant conflicts, has come to be unacceptable for many people, Tanushree says the need of the hour is to spread the message about its real meaning. And it this  knowledge that she seeks to impart to young people. “I am from this generation and I understand what they need. But the message has to be wrapped and packaged in a way that can be absorbed by them, in a language that they understand. I think if religion is explained well without being preachy, it can be beautiful.”

While her lectures and motivational speeches are popular, Tanushree wants to reach out to a far larger audience. “I have over 130,000 followers and they do want to hear what I have to say. The short film fell into place and it was everything I wanted it to be. Now I want go further with the message.”

Currently based in the US, Tanushree’s life has taken a 360 degree turn. When she is not touring for lectures or collaborating for projects, she spends her time biking, going out on adventures, eating out and spending time with friends.  At other times, she immerses herself in studies and reading. The stillness and the peace may be a far cry from the noise in India but Tanushree admits she wants to spend more time in India to reach out and do something that will benefit the public. “I feel satisfied when I come to India, it’s such a huge nation and there is a big need. There are many people spreading the message of wellness and religion, but then India is a huge nation. I feel like no matter how much we have, there still will be takers who seek to know the real essence of spirituality.”