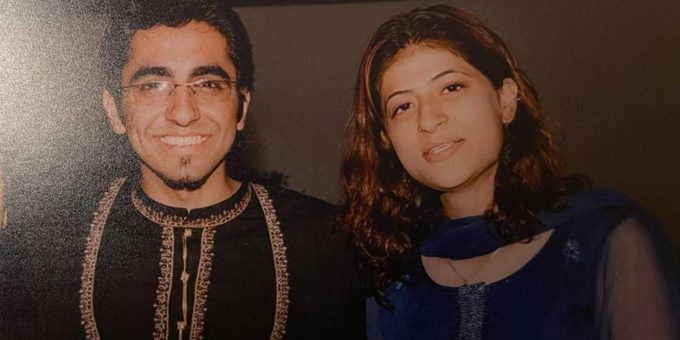 Tahira Kashyap and Ayushmann Khurrana when the two were just 19. On Ayushmann’s birthday, the filmmaker-writer treated the actor’s fans to a never-seen-before photo in which a young and smiling Ayushmann is happily posing for a picture with Tahira. Sharing the photo, she spoke about a memory she continues to cherish even today. Tahira revealed that while she found Ayushmann “quite cool” with his frames, bike, matching sweaters and mufflers, what took her heart away was the moment when “you held the guitar and sang a song for me.”

Tahira also added that Ayushmann, who has created a niche for himself in the film industry, is still as excited for his work as he was at the beginning of his career. “You have always been passionate about art and what inspires me is after all these years your innocence and excitement towards work and life remains the same,” she wrote in her post. Calling him her “biggest confidante and cheerleader,” Tahira expressed, “I might not be a big romantic as the goofiness (like you would say) gets the better of me, but I want to tell you that life is amazing with you and I continue learning a lot from you!”

Tahira and Ayushmann got married in 2008. The two have a son and a daughter. On the work front, Ayushmann has Chandigarh Kare Aashiqui and Doctor G to his credit.