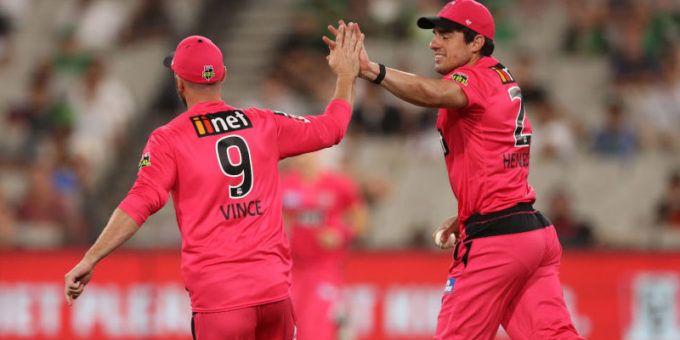 The Sydney Sixers qualified for the finals of the Big Bash League 2019-20 by beating the Melbourne Stars by 43 runs in the qualifier on Friday.

The Melbourne side won the toss and chose to bowl first.

The Sixers posted a modest total of 142-7 in their 20 overs. There weren’t many fireworks by the side except for Josh Philippe who made a 28-ball 34 after hitting four boundaries.

The Sydney bowlers were on the top of Stars’ batting lineup right from the get go. They had the side rattled till the very end with only three batsmen scoring in double figures, with Clive Hinchliffe being the top-scorer with a run-a-ball 25.

The whole side was dismissed for 99 in the 18th over.