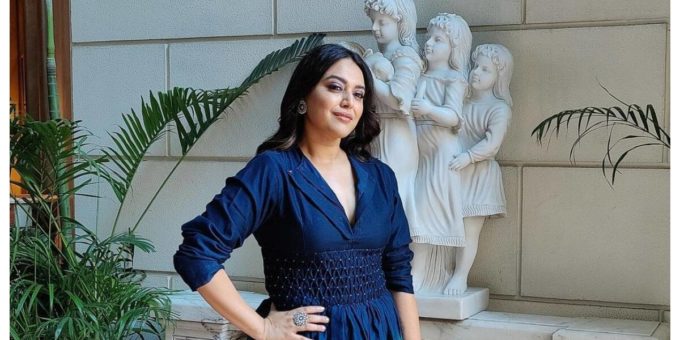 Actor Swara Bhasker, who was recently seen in the film Jahaan Chaar Yaar, has developed her own way of dealing with online abuse. The actor is known to speak her mind when it comes to not just matters related to the film industry but also wider socio-political issues. The actor said that she has learned to cope with trolling, and made an analogy about survivors of domestic abuse.

She told Connect FM Canada, “I am often a wreck inside but you learn to cope with it, which is not a good thing. I will give you a very bad example and no one should be okay with it, but if there is a woman who is facing domestic violence and it continues and she cannot change her situation for whatever reason, she will build coping strategies. She will know that ‘now I will get hit’ and it’s a very complicated space where a victim learns to cope with the violence and deal with it . So, I feel a similar thing has happened with me. Mentally with the trolling thing and abuses.”

The actor added, “Sometimes I can see a tweet and have an intuition that something is about to happen and I know that this has started and it has a 24 hour cycle. So, even I have understood the wave of the ‘Twitter controversy’.”

The actor, who hails from New Delhi, said that she knows who is targetting her and why. She continued, “The trolling that I receive is very agenda driven. It is people of a particular political ideology who troll me and why they do it, I know that as well.”

She said that therapy helps. “Now that I have entered this ideological fight on my own with a lot of energy, how can I leave it now? I chose a side. So, now it’s part and parcel of that act . I don’t read comments and as a result I miss many messages. I hardly open my DMs. That’s one thing, and of course, there is therapy. I have really benefitted from being in therapy and just having a regular conversation with my therapist about about all issues, that sometimes includes this as well.”