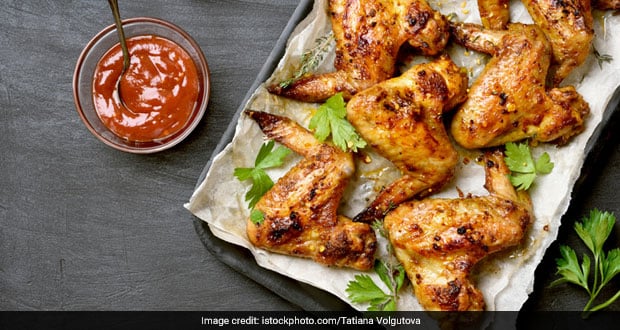 Ever heard of the environment-friendly diet? The idea is being promoted by concerned nutrition experts and scientists lately, by educating people about what kind of foods make for greener options. Plant-based foods come out on top, as rearing of animals for meat uses up much more resources than cultivating crops. But is there a way of making greener choices even if you don’t want to give up meat? It turns out there is! Choosing white meat over red meat may be the key to reducing your carbon footprint, a new study has suggested. This means that replacing carbon-heavy red meat steaks with chicken dishes may lead to more sustainably forward and greener meals.

For the study, researchers asked over 16,000 participants what they ate over the course of the past 24 hours and then they calculated the carbon emissions of what they said they ate. The researchers surmised that making just one tiny food switch- choose chicken over red meat as your source of protein- may result in significant reduction in your individual dietary carbon footprint, which is measured in amount of carbon dioxide emissions from energy, festiliser and the use of land involved in growing the food. Production of food accounts for about a quarter of the total carbon emissions globally.

White meats are more environment-friendly than red meats as the latter require 10 times the resources used in producing the former. The same researchers had earlier published a report in the American Journal of Clinical Nutrition, which said that Americans who followed diets with the lowest carbon footprints were also consuming healthier meals. More data on dietary carbon footprints and sustainable eating patterns were published in the EAT Lancet Commission report, which suggests radical transformation of the global food system to reduce the impact of human diet on the climate and slow down environmental degradation. This particular study was presented at the Nutrition Conference 2019 organised by the American Society of Nutrition in Baltimore.

(This content including advice provides generic information only. It is in no way a substitute for qualified medical opinion. Always consult a specialist or your own doctor for more information. NDTV does not claim responsibility for this information.)

Daily self massage techniques every one should include in their life