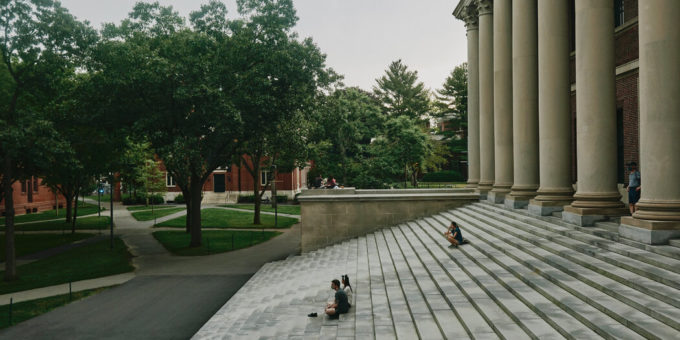 The Supreme Court’s decision to hear both cases may have been influenced by the differing legal regimes that apply to the two schools. Harvard, a private entity, must comply with a federal statute that bans race discrimination as a condition of receiving federal money; the University of North Carolina, which is public, must also satisfy the Constitution’s equal protection clause.

Damon Hewitt, the president of the Lawyers’ Committee for Civil Rights Under the Law, which represents students and alumni defending the programs, said they served a vital role.

“Selective universities like Harvard and U.N.C.-Chapel Hill have long struggled to admit students of color, who have over time been excluded for access to elite institutions and are historically marginalized,” Mr. Hewitt said. “Race-conscious admissions policies are a critical tool that ensures students of color are not overlooked in a process that does not typically value their determination, accomplishments and immense talents.”

But Kenneth L. Marcus, who served as assistant secretary for civil rights at the Education Department in the Trump administration, said Harvard’s treatment of Asian students was reminiscent of its efforts to limit Jewish enrollment.

“Just as Harvard in the 1930s though that Jewish students lacked the character to make them good Harvard men,” he said, “so today they often view Asian students as lacking the appropriate character.”

The case has divided Asian Americans.

Jason Xu, the president of the Silicon Valley Chinese Association Foundation, which filed a brief supporting the challengers in the Harvard case, said many Asian Americans believe that their academically high-performing children were passed over because they were of Asian descent.

But another group, Asian Americans Advancing Justice, took the opposite tack, saying in a statement that affirmative action was necessary because “the reality is that race continues to unfairly limit educational opportunities for students of color.” The group added that “cold numerical indicators like grade point averages and standardized test scores capture and magnify these inequalities.”