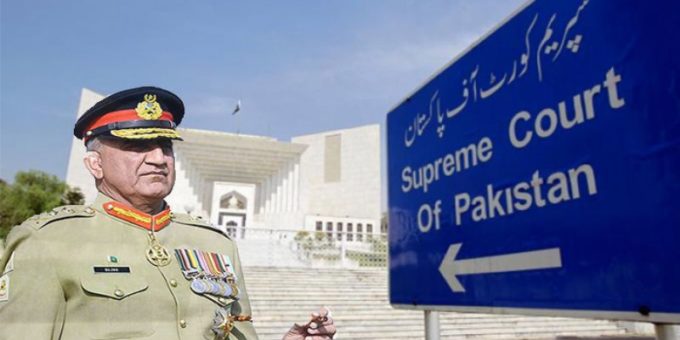 The Supreme Court of Pakistan reserves verdict on hearing of the case regarding extension in tenure of the army chief General Qamar Javed Bajwa.

According to sources, a new summary regarding the extension of Chief of Army Staff (COAS) General Qamar Javed Bajwa was formulated by the Federal Government after the Supreme Court heard a case into the matter.

During the last hearing of the case on Wednesday, the top judge of the Supreme Court, Justice Khosa had remarked that the amendment in Army Rule could not be applied to the rank of Chief of Army Staff (COAS) as the Army Chief is a commander which is a separate category.

Justice Khosa questioned Farogh Naseem for the time for the retirement of the Army Chief. Naseem answered that the tenure of COAS will expire on Thursday’s 12:00 midnight.

Foolproof security measures have been put in place to deter any untoward incident, while unauthorized persons have been banned entering the Supreme Court building.

“Was Talking About Udham Singh, Not Godse”: Pragya Thakur’s Explanation