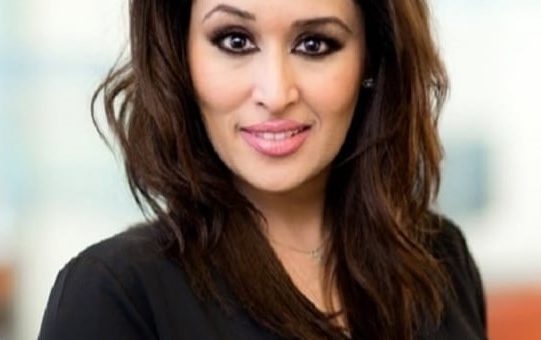 A BRADFORD woman who has an above-average ability to recognise faces is hoping to use her special skill to continue fighting crime.

Simone Malik is a ‘super recogniser’ – a term used to describe people who are able to remember faces a lot better than the average person can.

Whereas most people can only recognise around 20 per cent of the faces they have seen, super recognisers can recall around 80 per cent. It is claimed they are able to remember thousands of faces – even if they have only seen them once before – and it is estimated that only one to two per cent of the population have this ability.

Simone, who is an artist, first realised she was a super recogniser when, in 2018, she played a part in helping to bring a serial killer and rapist to justice in Pakistan.

A seven-year-old girl, Zainab Ansari, was raped and tortured to death by serial killer Imran Ali, who was already responsible for at least seven previous rapes and murders. Simone saw a sketch of the killer, but said it looked nothing like the CCTV image of him. She then did her own sketch, which was shared widely and assisted investigations, with Ali later being executed by hanging for his crimes.

Now, Simone – who is British-Pakistani, grew up in Wakefield and has lived in Bradford for over 15 years – is hoping to help more victims get justice.

After achieving a score of 39 out of 40 on the Glasgow Face Matching Test, she has been invited to take part in a course for super recognisers later this year, to further hone her skills.

“My role in the Zainab Ansari case was pivotal – the killer was caught within a week of my sketch. I’m very proud of what I did”, said Simone.

“It was something I wasn’t aware I could do, I just did it in the spur of the moment. But later, I asked myself how I managed to create an accurate sketch of someone from some grainy CCTV footage, and then found that I was a super recogniser.

“I’ve always been an artist, and assumed that being able to sketch and being a super recogniser went hand-in-hand, but they don’t – so it turns out, by coincidence, I’m just good at both.

“Now I want to help solve similar cases in the future. I feel like I’ve managed to help society, and I love that.”

Simone, who is a psychology graduate and also worked with the NHS for 10 years, was previously recognised for her efforts at the Asian Women of Achievement Awards in 2018.

“I want to help others, that’s what makes me tick. I think that kindness matters and can help solve anything”, she said.

“It will be an honour to use my skills to tackle crime, and I’ll be happy to do so.”