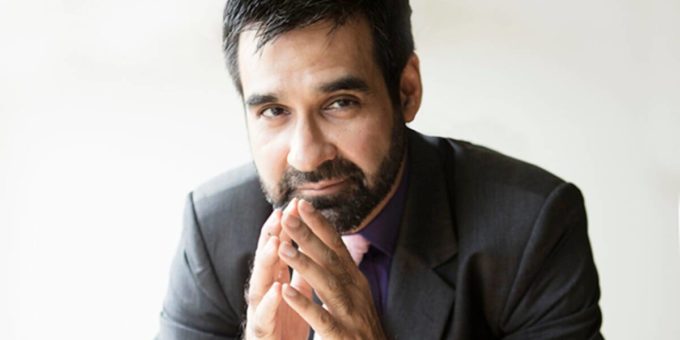 Actor Mukul Chadda has busy Fridays ahead of him. The actor will be seen in Sunflower releasing today on ZEE5, and Vidya Balan-starrer Sherni, which is releasing on June 18 on Amazon Prime Video.

The actor, who has been part of both films and web series, is excited about both the projects. In an exclusive conversation with indianexpress.com, Mukul talks about his roles in the two projects, how he is highly critical of his work and experimenting with a new genre in Sunil Grover starrer Sunflower.

Tell us about your role in Sherni.

Sherni’s subject has not been explored in India in a big way. It looks at wildlife conservation and the man-animal conflict. I play a character named Pawan, a simple, standard corporate-type man. Film director Amit Masurkar wanted to explore a few more layers around Vidya’s character and her relationships, and that I found interesting.

How was it shooting in the wild, and that too during Covid times?

A large part of the film was shot between the first and the second wave. It was hard for the production to manage at those locations, but because we were at an outdoor location, effectively the whole unit was in a kind of a bio-bubble. Due to this, we were safe and didn’t face any cases of Covid-19.

Tell us about Sunflower, the premise is quite interesting.

It’s a wild ride. We are calling it a crime comedy. It’s a murder investigation but a fun ride.

Both Sunflower and Sherni have a superb star cast, how will you rate your contribution to the projects?

A very exciting part of both these projects is that they have got together a wonderful cast of actors. It’s a joy to work with great actors, I would like to do more with them.

How was working with Vidya Balan?

Vidya Balan is just wonderful. Apart from the fact that she is a fantastic actor, she is also wonderful to work with. She is very professional and has a very relaxed manner. I certainly felt very comfortable around her.

You are doing both web shows and films, how are the two different according to you?

I do not think the process is very different for actors. However, in a web series, many characters have lengthier narrative hours, so you might not be the lead of the show and still have a very interesting part.

Any genre or particular kind of role you really want to do but have not got a chance?

My character in Sunflower is quite different from what I normally get to play, so that was exciting. There is no bigger joy than trying to get roles that expand the range of what you have done in the past as an actor. There is always a danger of getting typecast and we all want to avoid that. I will love to explore suspense, thriller and horror genres, and play a darker character.

As you and wife Rasika Dugal both are actors, how honest are you with each other about reviewing each other’s work?

I do care very deeply about what certain people have to say about my performance, and Rasika is certainly one of them. We do need feedback at times and of course, there is room for improvement in everything. Without good critical feedback, we will not improve. We do discuss our projects and watch each other’s shows. We are creative people and respect each other’s space. As a couple, the other person becomes a part of the discussion and decision making.

How this pandemic brought a change in the style of working, for you?

What are your upcoming projects?

Rasika and I shot for a unique, independent film called Fairy Folk two years ago. Due to the pandemic, the film is still in its final edits. There are a few more projects that are still in discussion. The Office season three also seems to be in the pipeline but there are no details yet. I would love to go back to it.

Amitabh Bachchan’s Fan’s Smile Says It All In This Old Pic. “Now, It’s Just An Emoji,” He Writes