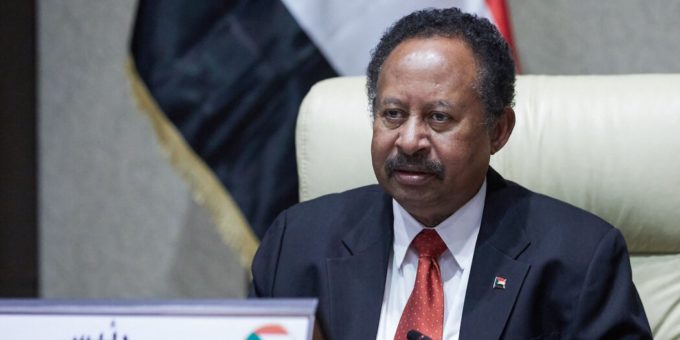 NAIROBI, Kenya — Faced with a new wave of street protests, Sudan’s military has agreed to reinstate the civilian prime minister, who was ousted last month in a coup, and to release political detainees, mediators and news reports said on Sunday.

The deal, announced by a former military general, could unlock a deadly standoff that has gripped Sudan since the Oct. 25 military takeover, with security forces killing dozens of protesters in the streets and threatening to derail the country’s fragile transition to democracy.

But even as reports of a deal emerged on Sunday morning, Sudan’s main coalition of political and civil society groups forcefully rejected it. And there was still no word from the deposed prime minister, Abdalla Hamdok, who was apparently still under house arrest, one of his aides said.

There have been false claims of a political deal before, and news of the latest one came hours before a planned new wave of demonstrations in the capital, Khartoum, against the coup.

The protests have grown increasingly bloody: On Wednesday, the security forces killed at least 16 people, mostly with gunshots, bringing the toll from weeks of unrest to 40 dead and hundreds wounded, the country’s largest doctors group said.

On Oct 25, a coup led by the military derailed Sudan’s transition to civilian rule and plunged the country back into fear and uncertainty.

Mr. Hamdok became prime minister in 2019 following tumultuous protests that ousted Sudan’s longtime dictator, Omar Hassan al-Bashir. He took the post as part of a power-sharing agreement between civilian and military leaders that was supposed to lead to democratic elections.

But the power-sharing agreement was fraught with tensions, and the military grew visibly uncomfortable with ceding power to civilians who might threaten the privileges and economic interests that accrued over Mr. al-Bashir’s 30 years of rule.

The Oct. 25 coup led by the army chief, Lt. Gen. Abdel Fattah al-Burhan, drew a furious backlash from Western allies that suspended aid and debt relief to Sudan worth billions of dollars. The United States and others demanded Mr. Hamdok’s immediate reinstatement.

Since then, charged negotiations between the two sides, backed by the United States and a variety of Sudanese leaders, have hinged on the terms under which Mr. Hamdok would return to office.

On Sunday, Fadlallah Burma, a former general who heads the Umma party, Sudan’s largest, told Reuters and other news agencies that an agreement had been reached on Saturday night.

Under the deal, Mr. Hamdok would return to his position until elections could be held as early as 2023, and dozens of other civilians detained during the coup would be released, said Mr. Burma.

The Sovereign Council, a joint civilian-military ruling body headed by General al-Burhan, will hold an urgent meeting on Sunday before announcing the deal, Reuters reported, citing a source with knowledge of the talks.

But it was unclear when such a meeting might take place, and the Force for Freedom and Change — a coalition of political and civil society groups that led the protests against Mr. al-Bashir in 2019 — came out forcefully against the reported deal.

“There is no negotiation, no partnership and no legitimacy for the coup d’état,” it said in a statement on social media.

A senior aide to Mr. Hamdok confirmed that he met with General al-Burhan and Lt. Gen. Mohamed Hamdan, the commander of a powerful paramilitary force, on Saturday to discuss a possible settlement of the crisis.

But the aide, who said he communicated with Mr. Hamdok via an intermediary, said there were still disagreements on the terms of a deal, in particular the composition of a transitional government.

There have been several false claims of political deals, usually on the eve of major street demonstrations, noted the aide, who spoke on the condition of anonymity to avoid reprisals from the military.

As news of the latest reported deal filtered out on Sunday, protests against military rule began in Khartoum and several other cities.

China: Man banned from all-you-can-eat BBQ for eating too much

Any actor should be allowed to play whatever/whoever they want: Scarlett
2019-07-16