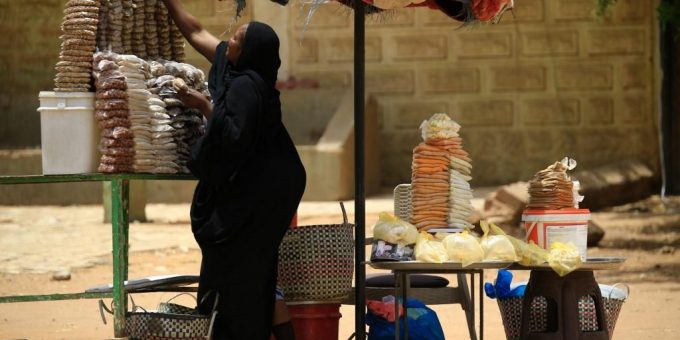 KHARTOUM: Inflation in Sudan jumped to 99 percent because of rising food prices, official figures showed Saturday, more than a year after the country was rocked by protests sparked by bread price hikes.
The inflation rate in April shot up from 82 percent the previous month due to increased prices of grains, meat, milk and bread, according to the Sudanese Central Bureau of Statistics.
Despite Sudan’s political transition, which has raised hopes of more reforms, the economy remains in deep crisis.
Soaring inflation, a scarcity of foreign currency and a huge public debt are among the country’s most pressing challenges.
Many in Sudan still have to queue for hours to buy bread.
A tripling of the price of bread was the trigger for the first street protests against long-time autocrat Omar Al-Bashir in December 2018.
The mass demonstrations went on for months before the army deposed Bashir on April 11, 2019.
Last month, Sudanese authorities announced an increase in bread prices, meaning one Sudanese pound (about two US cents) now buys only a 50-gram loaf of bread, compared to one weighing 70 grams previously.

Why Bombs Made in America Have Been Killing Civilians in Yemen

Priyanshu Painyuli on working with Chris Hemsworth: Felt like I was meeting another friend