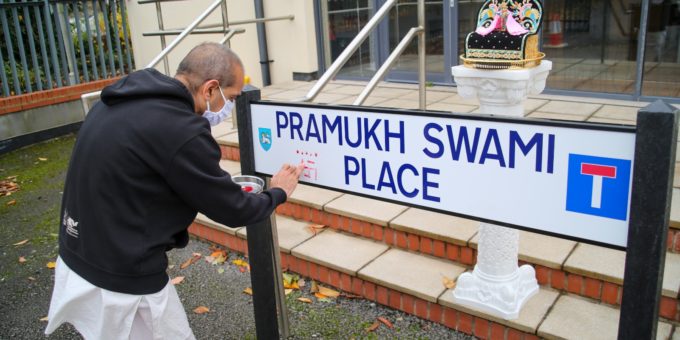 A Preston street has been renamed in honour of a Hindu leader’s 100th birthday celebrations.

Pramukh Swami Place as it will be known has been renamed in honour of param Pujiya Shri Pramukhswami Maharaj.

The street is the location of the BAPS Shri Swaminarayan Mandir and signs have been installed ahead of the official civil ceremony in December.

The street was formerly known as Ribble Bank Street and will now also include the name ‘Pramukh Swami Place’.

Keeping Up With The Kardashians Klip: Did Kourtney Kill Kendall’s Fish?
2019-05-24