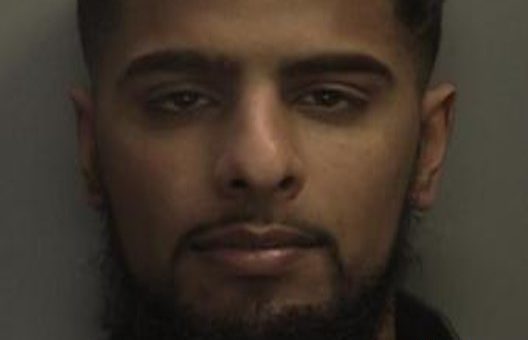 A street racer has been jailed after jumping a red light and racing along a dual carriageway into oncoming traffic.

Asad Islam was spotted by traffic officers on 19 September driving at speed on Manor Way in Halesowen, and as he drove onto a garage forecourt, we pulled in front of his blue Astra VXR. He swiftly reversed and sped off on the wrong side of the dual carriageway, turning onto Manor Lane, again into oncoming traffic, where he collided with another car and made off again.

Islam, from Swinford Road, Bartley Green, was the registered keeper of the car and is a disqualified driver. He was served with a notice of intended prosecution, however he again tried to evade justice by alleging someone else was driving.

PC Rai, from the Op Hercules team, said: “Islam is known to be instrumental in organising street racing on his social media platforms. The footage from the garage forecourt shows parked cars and spectators watching racing along Manor Way on 19 September.”

Islam was jailed for 12 months after admitting attempting to pervert the course of justice and driving while disqualified and without insurance at Birmingham Crown Court on 8 December. He was further disqualified from driving for three years and six months.

PC Rai added: “Street racing puts the lives of drivers and other innocent road users at risk. These events are not only very dangerous but a nuisance to residents with revving engines, blaring horns and loud music.

“We regularly monitor routes and act on intelligence to disrupt and stop illegal races.”

Pakistani Actresses Nominated For 100 Most Beautiful Faces In The World