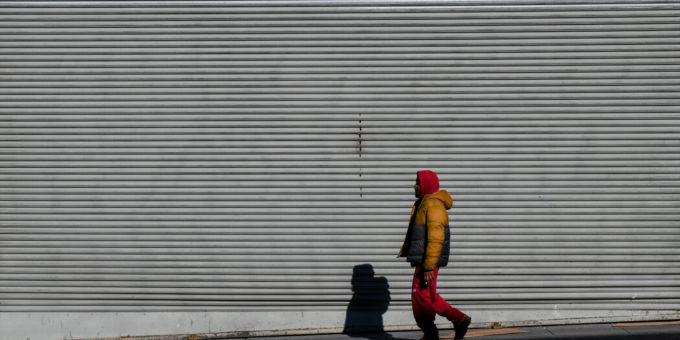 Here’s what you need to know:

Lawmakers are wrangling over a new economic aid package to replace measures from the first pandemic relief bill, the CARES Act, which have mostly expired. But there are corporate tax breaks in the law that will continue to flow for years to come, today’s DealBook newsletter explains.

Among other things, the CARES Act allows losses from 2018, 2019 and 2020 to offset taxes in the previous five years. This means that companies can get refunds for years before the 2017 tax cut, when rates were higher, based in part on losses incurred before the pandemic. And those losses can also be applied, in full, to future years, relaxing a rule that limited this practice to reduce the cost of 2017 tax cuts.

The details are dizzying even for the experts, said San Jose State University’s graduate tax program director, Annette Nellen, who trains corporate accountants on how they work. But she said that the provisions mostly benefited a small subset of companies. (Energy companies are prominent among them.) The rules also make acquiring companies to harvest their tax losses more attractive.

The Joint Committee on Taxation estimated that the loss carryback provision of the CARES Act would cost $25 billion over 10 years, or about 5 percent of the bill’s net effect. Larger aspects of a stimulus are the focus of current negotiations, but business tax breaks are also up for debate. And since The New York Times’s revelations of President Trump’s extensive use of corporate losses to reduce his tax bill, the spotlight on these breaks has shone brighter.

Democrats pushing for new stimulus measures have sought to repeal the loss carrybacks and focus on new breaks at smaller firms instead. Representative Lloyd Doggett, Democrat of Texas, who co-sponsored a bill to do just that, said, “Aware that this is the same type of loss carryback provision Trump has exploited, his Republican enablers continue resisting repeal.”

Stocks on Wall Street rallied last week as lawmakers — including President Trump — said they were still willing to negotiate a spending deal to support ailing industries and out-of-work Americans.

The on-again, off-again nature of these talks made for some turbulent trading. Investors were already jumpy about the potential for a contested election and related uncertainty.

The volatility reflects short-term developments, but analysts say the overall gains (the S&P 500 is up more than 5 percent over the past two weeks) also reflect the emerging view on Wall Street that a decisive Democratic victory could be good news for financial markets, The New York Times’s Matt Phillips reports.

Mr. Biden has pulled ahead in many national and state-level polls, and that has been fueling some of the gains in the market.

“The cleaner the win, then the less likely that there is a disputed election,” Shahab Jalinoos, global head of macro strategy with Credit Suisse in New York, told Mr. Phillips. “Once you downgrade that risk, it tends to be a market positive.”

It isn’t just that. If Democrats are also able to win control of the Senate, then analysts expect a much larger stimulus package could follow.

? The I.M.F. and World Bank hold their annual meetings this week, with key policymakers from around the world discussing the state of the global economy. The I.M.F.’s latest forecast, out on Tuesday, is expected to show that conditions are “less dire” once feared.

? Amazon Prime Day, postponed from its usual time in July, takes place on Tuesday and Wednesday. The online retailer’s rivals, including Best Buy, Target and Walmart, are holding similar sales events this week in an effort to limit in-store crowds and encourage shoppers to get their holiday purchases in well before Black Friday.

? Apple will unveil its latest series of iPhones on Tuesday, promising the first major redesign in years and 5G capability.

? Third-quarter earnings season kicks off this week, and all eyes will be on the banks. The Federal Reserve has expressed worry about the health of the financial system without fresh stimulus, which will be the main talking point when bank chiefs present their latest results: JPMorgan and Citigroup are first up on Tuesday, followed by Bank of America, Goldman Sachs and Wells Fargo on Wednesday and Morgan Stanley on Thursday.

? Other companies reporting earnings include the airlines Delta on Tuesday and United on Thursday, which will face questions about how deep they might turn to layoffs and furloughs without extra government cash; the health care groups Johnson & Johnson on Tuesday and UnitedHealth on Wednesday, with updates on the progress of Covid-19 treatments; and the French luxury giant LVMH on Thursday, with news of its court battle to get out of the deal to buy Tiffany.

The gap between the Democrats’ proposed $2.2 trillion relief package and the White House’s $1.8 trillion offer may look relatively small, in the grand scheme of things. But an agreement on the aid that many say is needed to keep the economic recovery on track seems remote despite frenzied talks in recent days.

Here’s a quick catch-up on the back and forth, courtesy of today’s DealBook newsletter:

Oct. 6: “I have instructed my representatives to stop negotiating until after the election,” Mr. Trump tweeted. A few hours later, he said he was willing to sign stand-alone bills that would finance stimulus checks, small-business loans and airline aid. Jerome H. Powell, the Federal Reserve chair, warned of “tragic” consequences if no stimulus was forthcoming. The S&P 500 fell 1.4 percent.

Oct. 8: Analysts start pricing in better odds of a deal getting done. The S&P rose 0.8 percent.

Oct. 9: “Covid Relief Negotiations are moving along. Go Big!” Mr. Trump tweeted. He said he was inclined to be more generous than either Democrats or Republicans, but Mitch McConnell, the Senate majority leader, said a deal was “unlikely in the next three weeks.” No matter: The S&P rose 0.9 percent, ending a tumultuous week with a gain of about 4 percent.

Oct. 10: Ms. Pelosi wrote a letter calling Republican proposals “insufficient,” although she remained “hopeful” that a deal could be struck. For their part, some Senate Republicans complained that a big spending package could cost them seats among fiscally conservative voters.

Oct. 11: The White House chief of staff, Mark Meadows, and Treasury Secretary Steven Mnuchin wrote to lawmakers urging them to “come together and immediately vote on a bill,” tapping unused funds from the first round of stimulus. Ms. Pelosi wrote another letter saying that talks were at an “impasse,” with disagreements over the nature of the aid rather than the size of the bill. On Fox News, Mr. Trump said “Republicans want to do it” and blamed Ms. Pelosi for the stalemate.

Oct. 12: At the time of writing, stock futures are up in premarket trading. Hope springs eternal.

Millions of children are encountering all sorts of inconveniences that come with digital instruction during the coronavirus pandemic. But many students are facing a more basic challenge: They do not have computers and cannot attend classes held online.

A surge in worldwide demand by educators for low-cost laptops and Chromebooks — up to 41 percent higher than last year — has created monthslong shipment delays and pitted desperate schools against one another. Districts with deep pockets often win out, leaving poorer ones to give out printed assignments and wait until winter for new computers to arrive.

That has frustrated students around the country, especially in rural areas and communities of color, which also often lack high-speed internet access and are most likely to be on the losing end of the digital divide. In 2018, 10 million students did not have an adequate device at home, a study found. That gap, with much of the country still learning remotely, could now be crippling.

“The learning loss that’s taken place since March when they left, when schools closed, it’ll take years to catch up,” said Angie Henry, the chief operations officer for Guilford County Schools in North Carolina, where more than 4,000 students in the district had to start the school year without the computers they needed for remote learning. “This could impact an entire generation of our students.”

The Walt Disney Company has had a tumultuous three months since reopening Disney World in July. But public health officials and the park’s unions say there have been no coronavirus outbreaks among workers or guests. So far, Disney’s wide-ranging safety measures appear to be working, writes Brooks Barnes.

Disney’s ability to keep workers and guests safe has been at the center of an increasingly tense standoff in California that has kept the company’s West Coast resort closed since March. Gov. Gavin Newsom, citing coronavirus concerns, has refused to allow California theme parks to reopen; Disney, citing the efficacy of its safety procedures in Florida, has pressured him to reconsider. So have elected officials in Southern California, where the two-park Disneyland Resort supports 78,000 jobs, according to economists at California State University, Fullerton.

Getting the Anaheim, Calif., complex running again is important for Disney because other areas of the company — theatrical films, cruise vacations — have also been severely disrupted by the pandemic and face a more strenuous recovery. Disneyland generated an estimated $3.8 billion in revenue last year, according to Michael Nathanson, a media analyst.

“The data shows that we opened responsibly,” said Dr. Pamela Hymel, chief medical officer for Walt Disney Parks and Resorts. “We didn’t cause a surge.”

But there is concern among Disney World union leaders that a recent decision by Florida’s governor, Ron DeSantis, to lift capacity restrictions on restaurants and other businesses, including theme parks, could lead to a wave of infections. “We need people to feel safe coming to Florida for vacation because that puts us to work,” said Mike McElmury, trustee of Teamsters Local 385. “Everyone is worried about going backward.”

Elli Avram on sharing screen with Amitabh Bachchan in Goodbye: ‘Miracles do happen’
2021-07-17